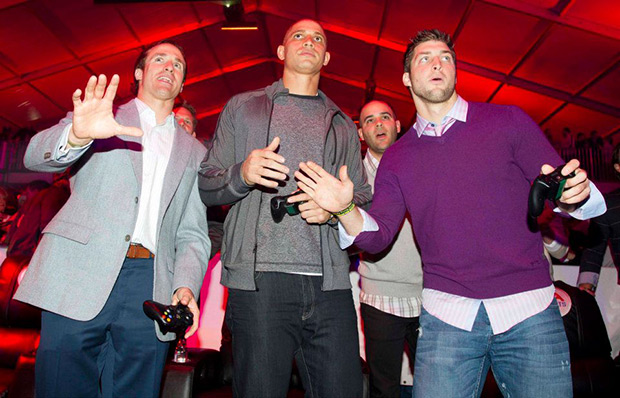 2011 was the second year in a row in which EA Sports let fans choose the Madden NFL cover athlete, and the people voted 13 million times to whittle down a field of 32 options to put Cleveland Browns running back Peyton Hillis on the cover of Madden NFL 12. This time, EA is expanding the voting to a group of 64, bringing in two choices from each of the 32 NFL teams. The first round will serve as a team-by-team popularity contest to determine the one nominee per team that fans want on the box.

The voting will once again be held in conjunction with ESPN’s SportsNation, and is set to begin on March 7. Visit the Madden NFL Facebook page in the coming weeks to see the 64 candidates be revealed.