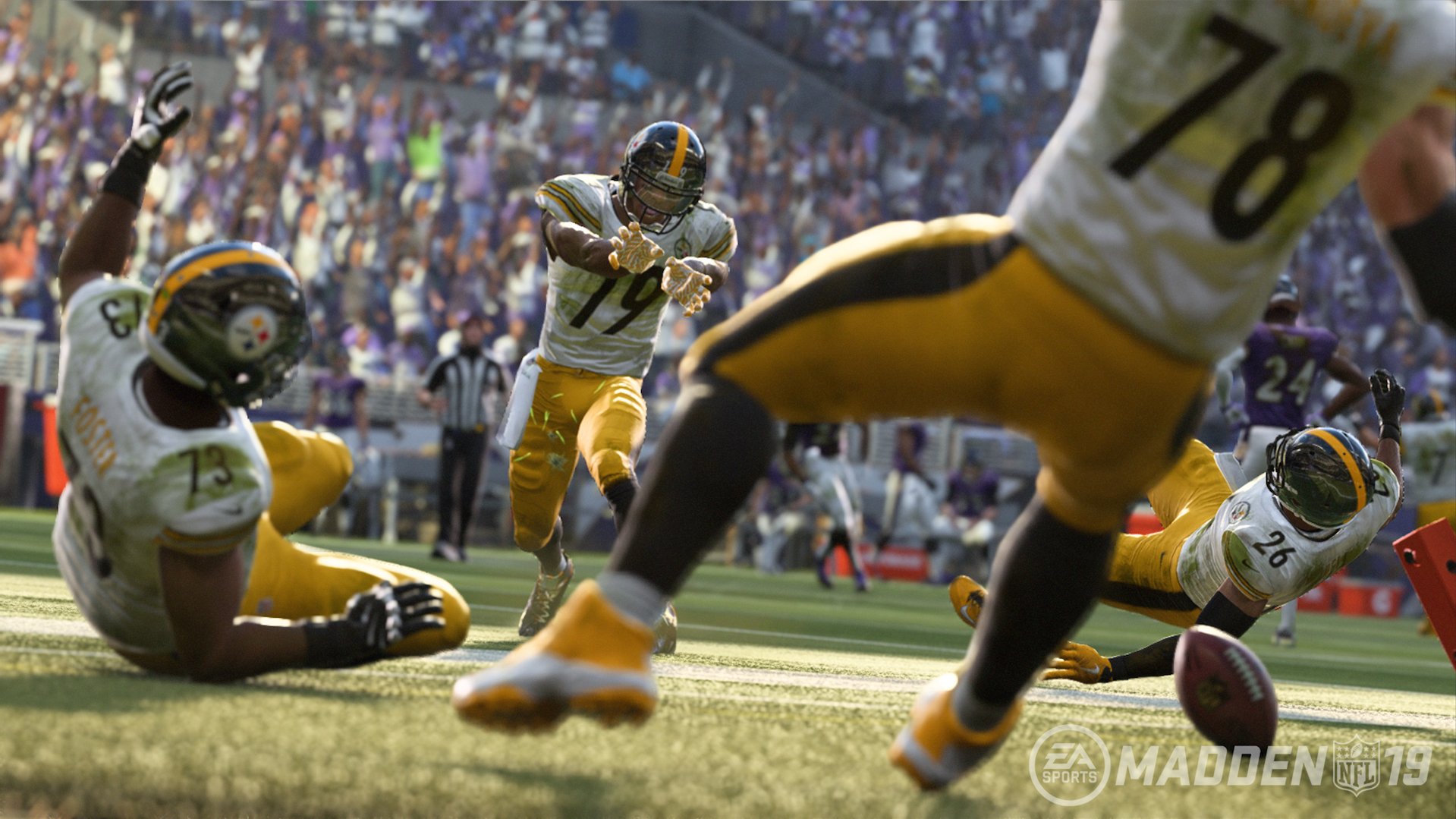 Madden 18 was the first game in the 28 entries in the Madden series (29 this year) to feature a narrative-based story mode. Dubbed “Longshot,” it told the tales of Devin Wade and Colt Cruise, two teammates and friends who compete on a reality television show while hoping to earn the attention of NFL scouts. They’re not superstars or sure things. They’re just a couple of guys who might — if everything breaks their way — end up as low draft picks.

Longshot was surprisingly good in Madden 18. In fact, I wrote a short thing about why Wade was my favorite new character of the year. Both Wade and Cruise are reprising their roles in Madden 19, as Longshot again focuses on them.

This time, it’s called Longshot: Homecoming and the co-stars don’t have the same goals. Wade is a training camp question mark with the Dallas Cowboys and he’s looking to climb the depth chart. Cruise tries to prove he belongs in the NFL, but it seems like he gets stuck in his hometown mentoring/coaching his high school football team. EA Sports says “off-the-field obligations tear him further away from his dream.”

In a weird twist, Wade and Cruise won’t be confined to Longshot. Instead, they’re playable in other Madden modes like Connected Franchise and Ultimate Team. EA Sports comments that we can try to “take Devin to Super Bowl glory” which seems like it flies in the face of the narrative it’s crafting in Longshot. Maybe it’s not canon, but it’s a stark rift between the reality of Wade’s position and sports games always funneling us toward titles.

In related news, EA Sports revealed the Madden 19 cover athlete today, just a few weeks ahead of its August 10 release. It’s Pittsburgh Steelers wideout extraordinaire Antonio Brown. The box art (below) shows Brown smiling and with his helmet off. It’s a different kind of cover than we typically see. The Hall of Fame edition with Terrell Owens is more akin to what we expect from Madden.

The Story Continues with Longshot in Madden NFL 19 [EA Sports]