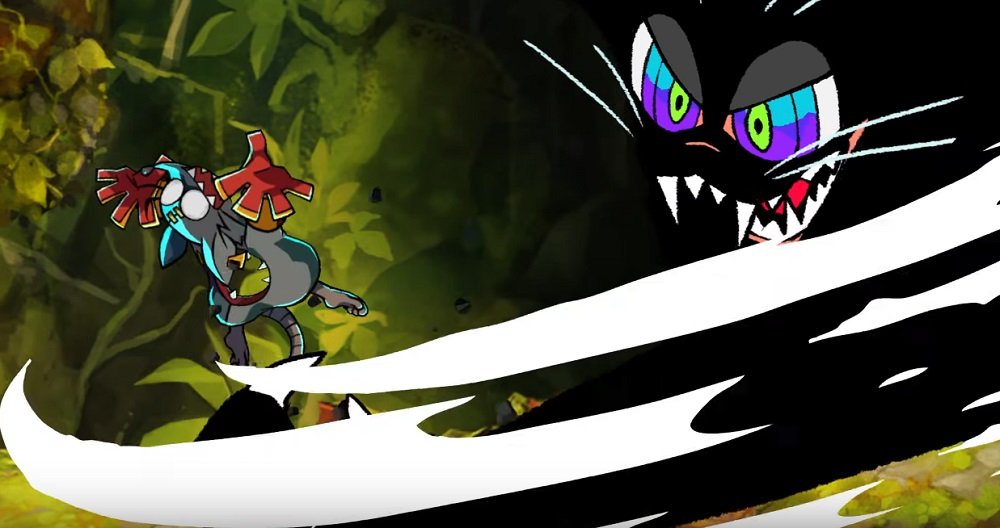 I was working in the lab, late one night…

As a reminder, (just in case this is your first time seeing this screwy new title), Mad Rat Dead tells the story of a miserable lab rat who has reached the end of his crappy existence. Visited by the super-cute Rat God on his final night, our hero is given one last day on his rodent coil, with which to escape his cage and seek revenge on those who assigned him his shoddy spin on planet Earth.

Guided by the player, the Rat God, and his own sentient talking heart, (folks, I just report it), Mad Rat makes their way through the laboratory, with rhythm-action button inputs replacing the typical control system of a standard platformer. Think Crypt of the Necrodancer but as a side-scroller. Mad Rat Dead is certainly a game with both a unique gameplay and visual style, and rhythm-action fans might want to keep an eye out for this beneath-the-radar release.

Mad Rat Dead launches October 30 on PS4 and Nintendo Switch. A demo is currently available on the Japanese PSN store.