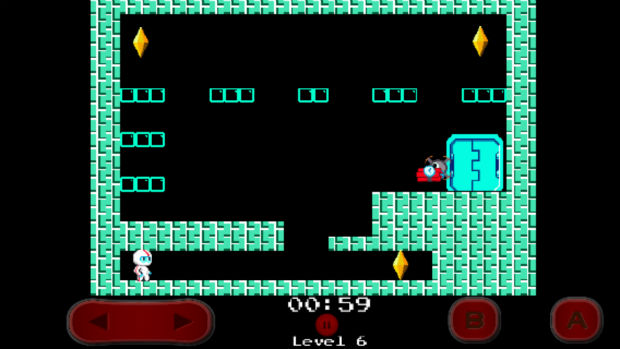 Yesterday I showed you a small little free iOS game that payed homage to Mega Man‘s 8-bit era. Today, I have another free game for you that plays a bit like the original Bubble Bobble — Mad Agents. It plays like a very simplistic platformer, and takes place in self contained action-puzzle stages just like Bubble Bobble.

You’ll take on bosses, grab a variety of power-ups, and try to blast your way to each goal with dynamite. I’ve been playing a bit of it over the past day or so and it’s pretty fun — especially at the always loveable price of “free.”

If you collect every crystal a two-player mode will unlock, so there’s also something to strive for. It also just added controller support!