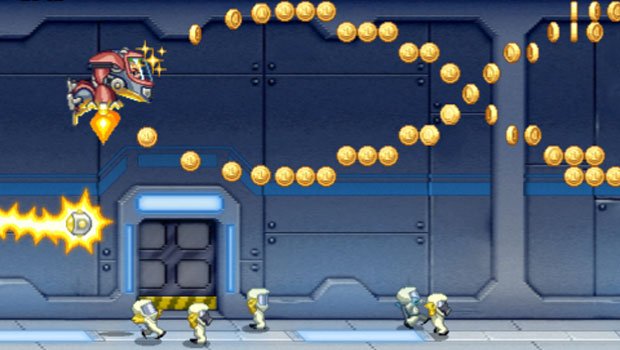 While Mojang attempts to hold on to the name of Scrolls, fellow indie developer Halfbrick is changing the name of their upcoming iOS game Machine Gun Jetpack. From now on, the game will be called Jetpack Joyride.

As explained in their video, Halfbrick realized that while the machine gun jetpack is still in the game, there are so many other types of jetpacks included that the name was a misnomer. Rainbows, lasers, bubbles, there are a lot more options than just a machine gun jetpack, including vehicles. Plus, alliteration is awesome!

Jetpack Joyride will be released for iPhone and iPad on September 1, 2011, for 99 cents.