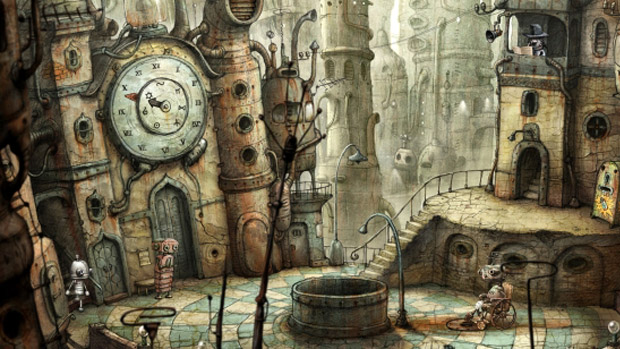 Indie hit adventure game Machinarium has been refused by Microsoft before, but that hasn’t stopped its creator Amanita Design from announcing at GameCityNights in Nottingham that later this year the game is coming to PSN.

Amanita Design’s Jakub Dvorský also expanded on the Microsoft refusal earlier on Friday, during a guest session at Nottingham Trent University: “We were already refused by Microsoft to bring the game to Xbox.” “They weren’t interested because the game was already released for Mac and Windows, and Microsoft demanded it as part of an exclusivity deal.”

In addition to a PSN release, Dvorský said that a release for tablets is being planned as well. While the iPad is not Amanita Design’s first choice, Blackberry’s upcoming PlayBook is being explored at the moment. If you don’t already own this game on PC or Mac, or through one of the Humble Indie Bundle deals, it looks like you’ll have plenty of opportunity to get it on other platforms in the future.

Machinarium coming to PS3 and tablets this year [Casual Gaming] [Thanks PrinceHeir!]