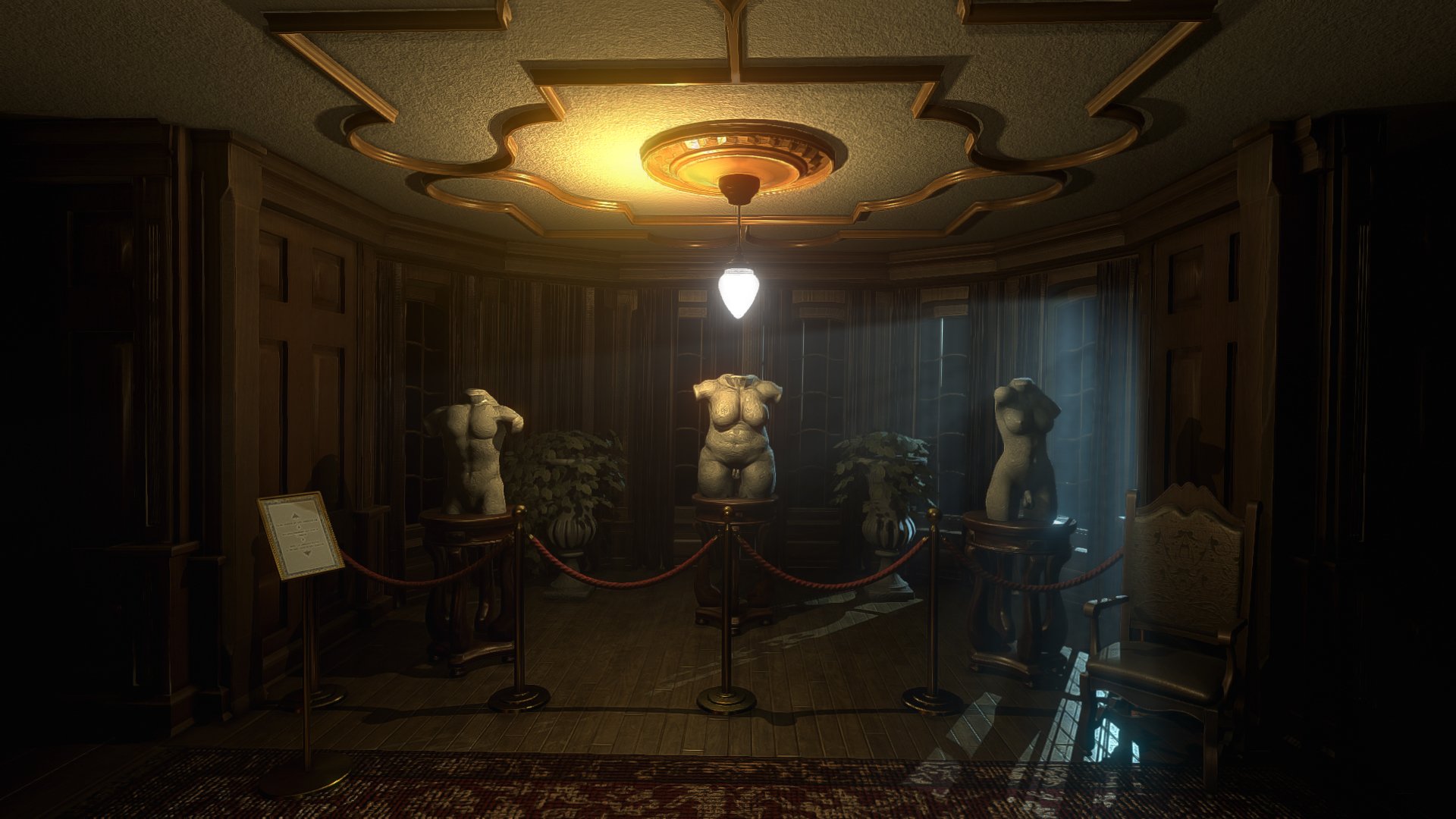 Reminds me of the first Amnesia

Protagonist Johnathan Moon heads to the mansion after receiving a letter from his wife who had disappeared a year prior, and he stumbles on some sort of Tom Cruise Eyes Wide Shut party with actual eldritch horror going on. The player will split time between the mansion and “an alien dimension…overgrown with alien vegetation and full of monstrosities squirming in a never ending ecstasy.”