It’s not Nintendo’s best series, but I’m happy it exists

Is there anything better than Luigi’s scaredy-cat whimpers? Yeah, maybe – but not much! E3 2019 was my reminder that Luigi’s Mansion is a good, wholesome, unlikely series worth supporting. This year, Nintendo’s ghost-bustin’ action-adventure franchise tiptoes onto Switch with Luigi’s Mansion 3.

What’s new? Plunger attacks! In a move straight out of QuackShot Starring Donald Duck, Luigi can fire a plunger onto a ghost (say their shield) or an object in the secret-rich environment (say a monstrous melon) and then yank the thing around. The move was satisfying to pull off in the demo, and I get the impression it’ll continue to feel that way throughout the full game. It’s got that Nintendo touch.

The other focal point of note for Nintendo’s E3 demo was Gooigi, who isn’t wholly new to Luigi’s Mansion 3, but seems to be a bigger focus this time around. He’s Luigi, albeit made of green goo. 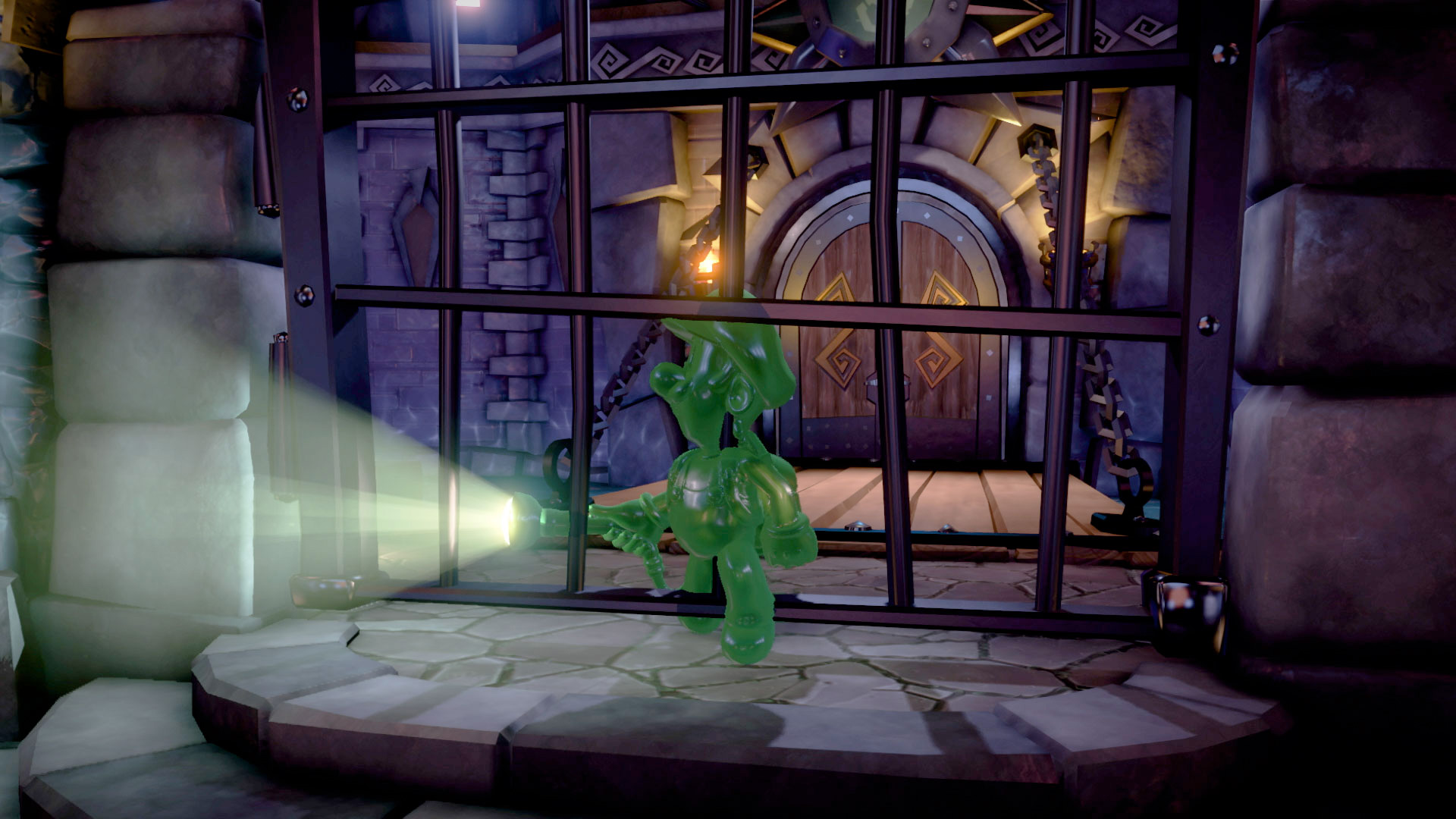 Yep, that’s our boy. Please take a moment to consider the sticky noises he makes when he walks.

Gooigi hates water, but he loves helping you through familiar (but still perfectly adequate) puzzle scenarios that revolve around two playable characters working together to progress. You might send Gooigi through spike traps or team up with him to tug a particularly heavy obstacle aside. A click of the right thumbstick let’s you swap back and forth between the duo, and if you’re playing Luigi’s Mansion 3 in local co-op, your partner can take charge of our cowardly hero’s gooey doppelganger.

Pressed for time, I wasn’t able to test out story co-op or the up-to-eight-player ScareScraper mode (in which you scour floors for Toads to rescue and apparitions to dispatch while under a time limit).

I was able to slam a bunch of ghosts around after blinding them and reeling them in, and sucking up stray money with the Poltergust is still oddly compelling. The level on display was a castle-themed locale, but the scenery in Luigi’s Mansion 3 will vary quite a bit – it’s set in a twisted, towering hotel.

My favorite bit was a fortified jousting boss that fit the medieval theme and required me to vacuum up fallen armor chunks before he could reclaim them. It was a nifty little battle, perfect for a quick demo.

It’s too early to tell if Luigi’s Mansion 3 will make good on prior criticisms concerning samey enemy designs (see: the first thing CJ asked me about when I told him I saw the game at E3), but it sure put a smile on my face. That might not be a compelling enough reason to go all-in, but I’m listening.

I didn’t finish Luigi’s Mansion: Dark Moon on 3DS, but I feel like Luigi’s Mansion 3 won’t suffer the same fate. Part of that is just having the game playable on Switch – the 3DS was never my go-to platform of choice, if I’m being honest – and part of that is, well, timing. (I hope.) I’m crossing my fingers that Nintendo releases this in a slow month, preferably away from other more zeitgeist-y games.

Worst-case scenario, I’ll get around to this eventually for my beloved Polterpup.