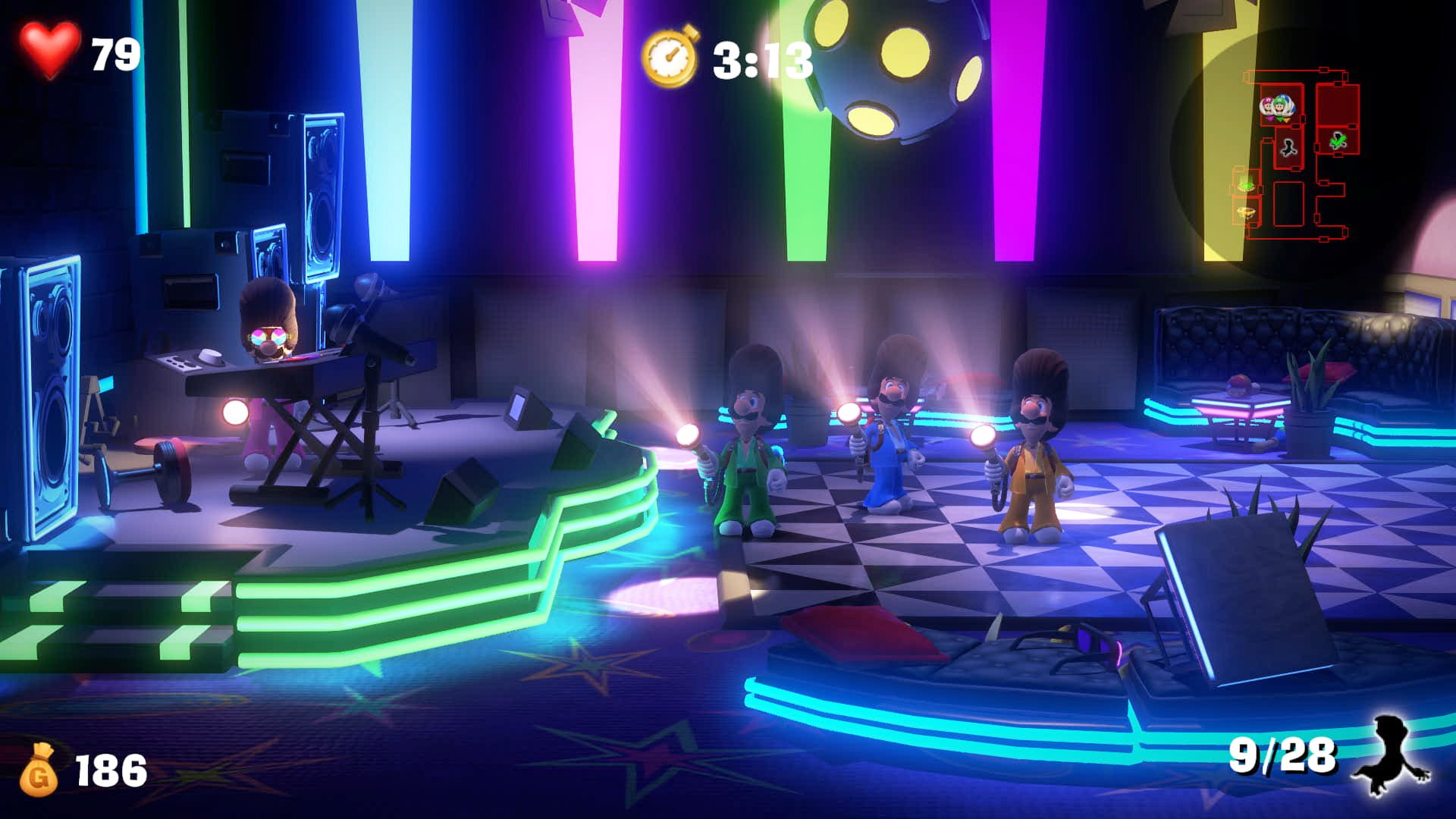 Have you enjoyed your time with Luigi’s Mansion 3? The winner of this year’s Best Family Game at The Game Awards — and one of the nominees for Destructoid’s Best Switch Game of 2019 — has been a huge success since it first launched on Halloween. I love it. Our community loves it. Chrissy Teigen loves it. It’s just a love-fest all around for Luigi’s latest, and easily greatest, ghost-hunting adventure.

That love looks like it’ll continue to flow in 2020. As previously announced, Luigi’s Mansion 3 will be getting paid DLC for its ScareScraper and ScreamPark modes. Nintendo was mum on exactly what this additional content would be, but today it pulled back the curtain on the the first part of its multiplayer pack.

The ghost hunt continues into 2020! Get access to 6 new ScareScraper costumes with matching floors and ghosts, and 6 new ScreamPark minigames with the #LuigisMansion3 Multiplayer Pack DLC.

I am living and breathing for Disco Luigi.

Arriving by April 30, 2020, part one will include three new costumes for Luigi in the ScareScraper mode along with three new floor themes to match. ScreamPark will also be getting three new games, but we’ll have to wait until later to find out exactly what they are. Part two of the multiplayer pack is expected to launch by July 31, 2020 and will bring with it three more costumes, floors themes, and mini-games.

For anyone who does drop a Hamilton on the DLC set, they’ll receive access to the Flashlight Type-P in the single-player campaign that replaces Luigi’s normal flashlight with one that shines Polterpup’s face.