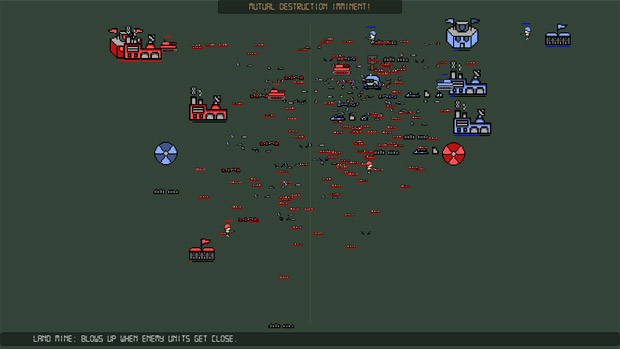 Ludum Dare 18, which is where that video of Notch creating Metagun stems from, is finally over. 213 total games about “enemies as weapons” were entered into this fast-paced, start-from-almost-scratch indie design competition.

For those who can get over the sometimes placeholder-y elements of these titles, there’s a lot of creativity to be found. Take Fail-Deadly, for instance. It’s like a real-time strategy game stuck on autopilot. You  continuously place buildings for each team in an effort to prevent either one from emerging the victor.

Last long enough, and they’ll off each other simultaneously by way of nuclear warfare — and that’s how you win, actually. Such a neat concept.