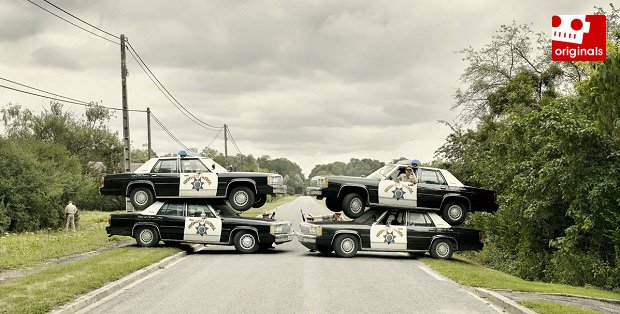 Brett Makedonski is a freelance writer based in Colorado Springs, Colorado whose regular work can be found on 360Sync. Seeing how he’s the conversational type, feel free to talk to him about videogames and sports on Twitter at @Donski3.

The cold, hard reality of videogames is that they are not realistic. They probably never will be. As the medium has progressed and evolved over the years, videogames have taken drastic steps toward that end-goal, but in the grand scheme of things, they’re still light years away. Sure, each iteration of the shooter of the week makes the bad guys die in more grandiose fashion, but until there is no disparity between the gameplay acted out by the player and the narrative offered by the developers, videogames simply will not be realistic.

The theory at play here is called “ludonarrative dissonance”, and it was originally coined by Clint Hocking with respect to Bioshock. At its core, ludonarrative dissonance is the idea that when a game tells the player one thing through its story and environment, and then contradicts it though gameplay, the player becomes unimmersed and disconnected from the experience to a degree. As the offense becomes increasingly severe, the player becomes more and more aware that this gap in logic and presentation exists. It’s a sensation that undermines every gaming experience, whether we’re actively aware of it or not.

Hocking, a Valve employee and former Creative Director at both Lucas Arts and Ubisoft Montreal, wrote about it in a fascinating 2007 critique of Bioshock. The gist of his article was that Bioshock told the tale of Rapture, a dystopian settlement that operated under a Randian philosophy that emphasized free will and self-interest. The game gave the player the ability to exercise this free will by choosing whether to rescue or harvest Little Sisters. If the player chose an Objectivist approach to playing — that is, harvesting all of the Little Sisters — they would be acting in their own self-interest and would be perfectly aligned with the ethical thesis that the game sought to emphasize.

The problem Bioshock ran into lied within its main story. The game forced the player to help Atlas in his struggle against Ryan in order to progress. This was fine and dandy if the player opted to reject the Objectivist undertones and rescue the Little Sisters. However, if the player wanted to act purely out of their own self-interest, they simply couldn’t. There wasn’t an option to not assist Atlas, or to align with Ryan. Anyone in this position had to merely accept that the game funneled them in that direction; the only other recourse would have been to quit playing.

The disparity between Bioshock’s ludic and narrative elements wasn’t easily identifiable. In fact, this would only affect most people on a subconscious level. However, other examples are much more blatant. One of the most flagrant offenders is Rockstar’s Max Payne 3. In it, Rockstar tells of a Max Payne that is at an all-time low. As he suffers from nearly catatonic levels of depression, almost every cut scene depicts Max downing a fifth of whiskey and popping pain killers like they were Skittles. Blurredness permeates these scenes, as Max haphazardly (and unnecessarily) points out what a train wreck he is.

Then the action begins, and Max operates like a well-oiled killing machine. For a character that is illustrated as a barely functioning addict drowning in a sea of self-loathing, Max has no real problems diving and shoot-dodging all over the place. Rockstar painted the picture of a character that would likely be prone to blacking out, having debilitating headaches, and generally stumbling about like a buffoon. Then, they made him control just like a hero that can be found in almost any game ever. Even the most untrained eye could detect this gap in logic almost immediately.

A more complex, yet wildly evident example, is the Mass Effect series. One of the defining characteristics of the franchise is the ability to be able to choose between Paragon and Renegade decisions — effectively letting the player act as good or evil as they’d like. However, for all of the unnecessary killing, unpopular conversational cues, and general callous decisions that the player could theoretically make, Shepard is never regarded as anything other than a hero in the Mass Effect universe. He doesn’t even begin to tread the line of anti-hero. In the long run, he’s just regarded as a good guy.

The reason that ludic and narrative disparity such as the one in Mass Effect exists is because it’s simply too difficult to create a game in which every action actually affects the outcome. Rather, the developers will allow these actions to influence the game on a smaller scale, while leaving the grand scheme relatively unaffected. This enables them to give the player pseudo-control while also accomplishing what’s in their best interest. Anything else would force developers to tell a story that they didn’t envision at the outset of production.

Therein lies the biggest roadblock to ludonarratively consistent games: the developers, themselves. For a game to perfectly correlate gameplay to the narrative, the developer would need to surrender the power that they have over the story and put it in the players’ hands. This would require the creators to focus on molding a world where anything could happen. Essentially, it would ask that the developers not care so much about providing the experience that they visualized, but rather that they provide the means for an experience to occur. The rest is out of their hands.

In theory, this might be easy to imagine; in practice, it’s nigh unworkable. People that make videogames do it for a reason.  In their heart of hearts, they’re artists. Regardless of what kind of game they’re creating, they want to be the ones to forge the perfect player experience. Additionally, almost all of them have a story that they want to tell. It’s the reason that almost every modern videogame can be beaten if enough time is devoted to the cause. Developers won’t resign to the fact that their story will be told if and only if the player fulfills a perfect set of requirements without deviation.

For developers to craft their games with this pitfall in mind, they may need to take a page from some existing titles. Dead Space is a prime example, as it’s hailed as one of the more ludonarratively consistent games in recent memory. The gameplay aptly conveys the sense of sheer terror and loneliness that the narrative expertly strives to establish. More importantly, the game focuses its efforts in a mostly linear direction, and doesn’t really afford the player the ability to make decisions that would put this consistency at risk.

Moving forward, developers have two drastically different options to minimize or eliminate ludonarrative dissonance from their games. The first option is to create games that are ever-evolving, and are completely responsive to any actions that the player makes. Rather than focusing on telling a particular story, the developers would have to give the player the means to make a story. Given the technical limitations imposed by current hardware, this solution is probably not something that we’ll see in the foreseeable future.

The second solution is for developers to make games that give the player little to no control over any in-game decisions. Doing this will eliminate the possibility of the player diverging from the exact path that the developers intended. Further, it’ll be solely in the developers’ hands to make sure that no disparity exists. This is certainly attainable with a bit of care and effort, but it raises a more prominent question – Is it worth taking the freedom of decision and expansive universes offered by so many games, all in the name of eliminating ludonarrative dissonance?