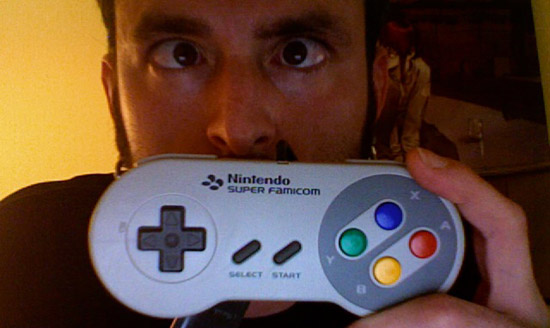 By all rights, our resident teddy bear Aaron Linde should be the one posting this story, as this tip came in last night and he quickly claimed it. Always the skeptic, I told him to hold off because we were uncertain of whether it was true, and as it turns out, it is.

Starting in April, Japanese members of Club Nintendo wil be able to trade their club points for for a new Wii controller that looks to be an exact replica of a Super Famicom controller. Now anyone who wasn’t a fan of the Wii Classic Controller can keep it real with their Virtual Console games while the rest of us scour the internet in search of one for ourselves.

No plans have been announced to bring this to the rest of the world, (of course,) but that never stopped me or Niero from getting our hands on the best in gaming, and it shouldn’t stop you, either. Although when these start hitting eBay, you will have to fight us for them.

Filed under... #DO WANT#Virtual Console