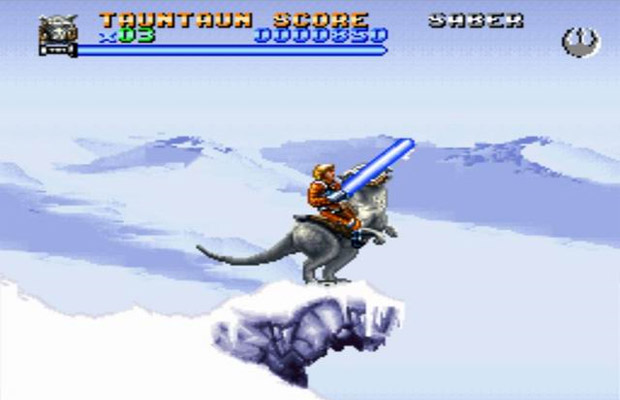 Someone, somewhere mentioned “Super Star Wars“ and “Xbox 360” in the same sentence. Oh man! I guess that means it’s totally going to happen, right guys!? The person in question was LucasArts executive producer Haden Blackman, who mentioned the sentiment to CVG.

“There are certainly some ideas we’ve kicked around [with the original trilogy] and we’re always trying to capture the spirit of some of those big moments from the films,” he says. On the flipside, “We’re also interested — and this is something that comes from George [Lucas] — in taking Star Wars in new directions, not just always going back and rehashing what has been done before.”

“But at the same time I would love to see a Super Star Wars on the Xbox 360, so I think anything is possible.” So, basically, what you’re saying is y’all want to take the franchise in all directions, at least as far as videogames are concerned?

Porting the classic games to PSN and XBLA would make a lot of sense, especially since those titles are already out for WiiWare. And they’d sell well, I would imagine. Kind of a non-story, I know, but I couldn’t resist bringing up the SNES Star Wars games. Has anyone actually beaten them?