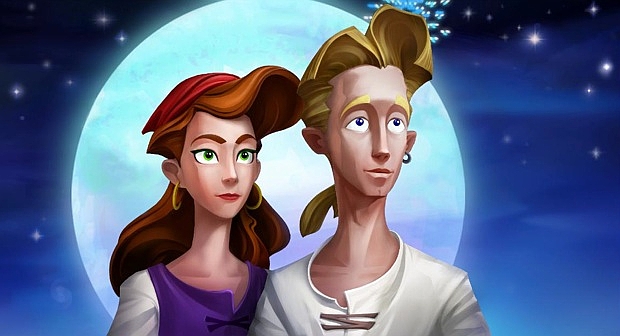 LucasArts doesn’t plan to continue updating games in the Monkey Island franchise; but critical and financial success could sow the seeds for a continuation.

We recently spoke with Secret of Monkey Island: Special Edition producer Craig Derrick via e-mail. In the interview, he voiced a deep appreciation of Monkey Island and a desire to continue updating the LucasArts classic series. Derrick supposed that an update to LeChuck’s Revenge hinges on three factors: sales, reaction, and attraction.

“I think LeChuck’s Revenge would be awesome to revisit, but at this time we have no plans for future updates,” Derrick said.

“It all comes down to whether people like what we’ve done with the Special Edition and see the potential for future projects,” he added in a later question. “Sales are definitely an important measurement of this, but so is fan and critical reaction to the game.”

“The fans have been asking for this for a long time and I hope we’re giving them a great new experience that complements their memories of playing the original game, but I also hope we attract an all new generation of gamers that have only heard about Monkey Island or point-and-click adventure games, but have never played them,” he added. “If both parties show up, enjoy the game and want to see more then I think we’ll be on the right path to not only do more updates, but all new adventures.”