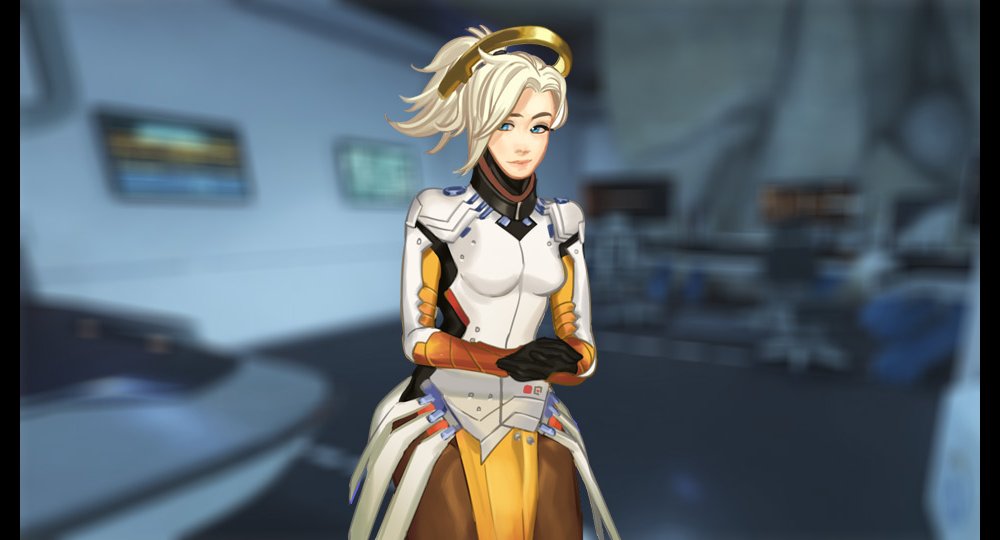 As designer/writer Lucy Morris tells Kotaku, the project began in the interminable period between Overwatch‘s beta and full release. It starts with the player, a new recruit, visiting HQ and picking a job, which decides which of the three current relationship trees you’ll follow: Genji, Mei, or Bastion.

And while the robot dating tree might make you think this is a tongue-in-cheek lil thing, Morris notes that, “it’s definitely a mature narrative” and “really focused on characterization and the development of the plot.”

Which has proven a tall order, even for the eight person team. “Everything is my fault,” Morris said. “I teach game development, and I always tell my students not to over-scope. But each route [in Loverwatch] is about 60K words. And there’s three routes, so it’s going to end up at, like, 180K words or something, which makes it longer than Final Fantasy XIII.”

The project is “about three quarters through” and needs “at least” another month. Its status as an unliscensed fan project, even with professional pedigree behind it, is also dicey. While Blizzard tends to embrace this sort of creativity from its community, the company hasn’t yet responded to Morris reaching out.

“I wrote quite a long email stating our intentions and the fact that most of us are professional developers,” she said. “And we’re doing it as a tribute to their IP because we really enjoy it, that it’s not going to have any R-rated content, that it’s just a thank you to Blizzard for making something that we enjoyed so much. But I haven’t heard anything back, and I pinged them a couple of times.”

Hopefully we’re all happily dating robots before year’s end with Blizzard’s blessing. Until then you can cop the full interview.