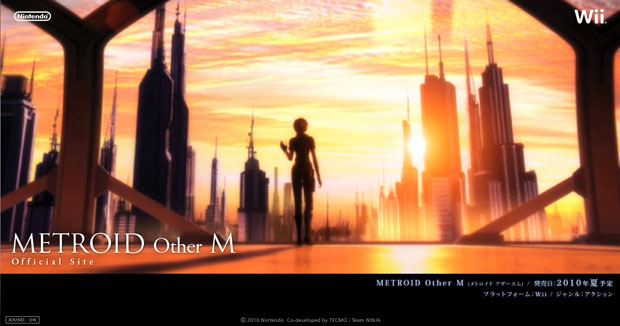 Just like all other game teaser website launches, this new Japanese site for Metroid: Other M gives you little in the way of new information. But it’s certainly peaceful to look at, with its pretty sunset and beautiful piano music. Some woman is looking over a city with her hand up.

In the beginning of the Flash animation, roughly tranaslated, the voice says:

Dream — It’s like seeing the playback of a disaster that really happened.

I don’t know if that tells you anything, but it seems really sad. Combined with the sad music, it’s kind of a downer. No worries. I’m still excited about the game, which is now confirmed for a summer release in Japan. I expect we’ll see it later this year here in the US. I can’t wait to see what Tecmo has done.