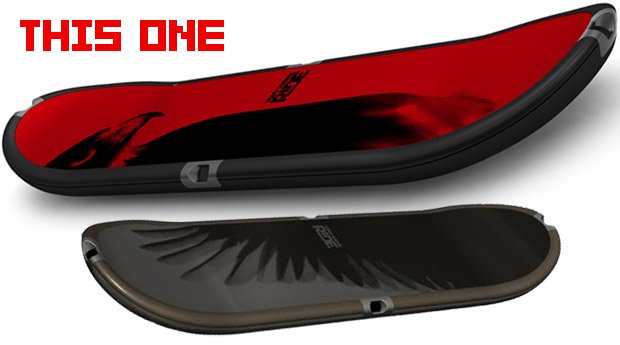 Guys, I’m not sure if you are aware of this or not, but Tony Hawk: RIDE is making its way to store shelves on November 17. That’s next week.

For a game launching so soon, we sure don’t know anything really worthwhile about it. As a refresher, here’s what we do know about the game: it has a soundtrack, the Wii version has playable Miis, and pro skaters are down with the product. Encouraging, to say the least.

I don’t know what the deal is with Tony Hawk: RIDE, but we’ve been given yet another tidbit that has nothing to do with how good or bad the game might or might not be: a Wal-Mart-exclusive skateboard peripheral.

It’s like the normal one, but it’s red. And you have to fight your way through Wal-Mart patrons to obtain it.