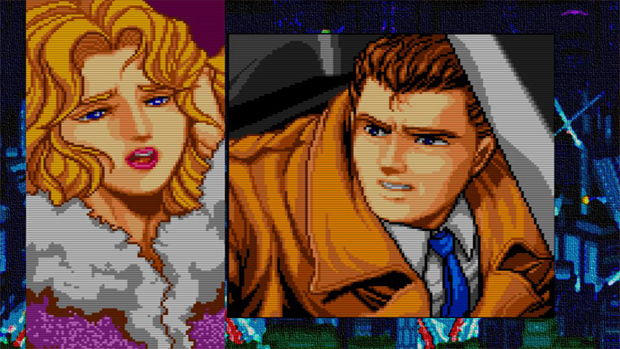 When I was told I would be interviewing video game icon and legend Hideo Kojima, I never expected him to reveal any secrets about my favorite game of all time, Snatcher — especially since we were instructed to only ask questions about the Metal Gear series and its storied 25-year history.

But when Kojima let slip a little tidbit about ways he wanted to break the fourth wall in his futuristic crime drama, my little nerdy heart skipped a beat.

On March 16th, I and ten other reporters from various outlets were treated to a special brunch and round table interview with the legendary Hideo Kojima while he was in Washington DC for the Art of Video Games exhibit at the Smithsonian. The interview lasted two hours, and in that time Mr. Kojima answered a wide variety of questions and told some great stories about the Metal Gear history.

When discussing his genius implementation of the fourth-wall-breaking gameplay and boss fights in the series, he (via his translator, Kojima Productions’ associated producer Sean Eyestone) revealed a surprising story about his classic cyberpunk game Snatcher:

“One thing I can tell you is that back when I was making Snatcher, which was a PC game — at that time we had floppy discs — and one thing I wanted to do that what I wasn’t able to do was have a secret message on the disc” he revealed, stating how having something written or printed on the disc unseen to the naked eye, but would “have some sort of special chemical used for that so that when you put it in the disc drive and you were playing for about 15 minutes, the heat from the disc drive interacts with that chemical and creates a certain smell, like it smells like blood or something, and when you pull it out you’d see like a dying message on the disc.”

Of course, everyone in the interview agreed that this would have been a genius idea. However, Kojima revealed with a laugh once again “unfortunately I got yelled at for it and they didn’t let me do it.”