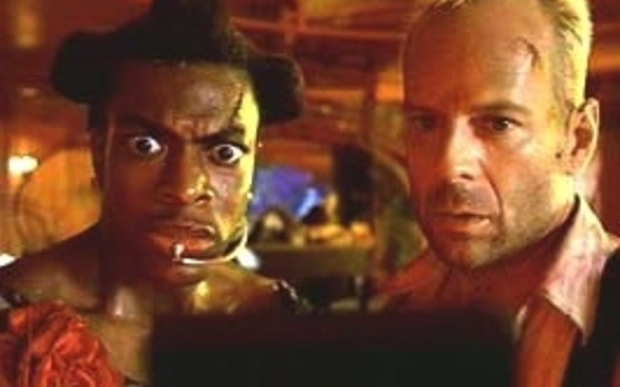 That’s right, countless children (and man-children) with moderate-to-severe social impairment, en masse, with their Cheeto-dusted keyboards and sweaty controllers bringing them together in worldwide unison, whenever and wherever they wish.

Al Gore, what the hell were you thinking?

Honestly, online play is pretty awesome, and a pretty revolutionary concept. Gone are the days of having to lug your desktop rig to LAN parties (somewhat regrettably, I might add), or waiting on friends to come over in order to enjoy a multiplayer session. Things have come along to the point that games are developed specifically with multiplayer in mind, rather than it being a mere supplement to the solo experience. Your competitive experience is based on more than just how many quarters you’ve scrounged together to take to the arcade, or how generous your parents were on holidays and whether or not you had a younger sibling.

Playing on one of the many networks out there can also be a great social outlet. Meeting gamers that share your tastes in games or other things, and having someone to talk to besides your cat during a lengthy session is probably a boost to one’s mental health. Personally, I recall having one conversation after a game of TMNT 1989 Arcade on Xbox Live, back before the Party system, that lasted two hours after we’d finished playing and left the stat screen up. The anonymity of the Internet helps break down a lot of initial anxieties that might impede meeting people otherwise, and the advent of user pictures and Avatars have made it that much easier to misrepresent oneself in order to increase the chances of people talking to you in the first place.

This anonymity has a flip side, however, that lends itself to a whole host of issues that mar what is otherwise an amazing place to play. Without face to face contact, many people feel that normal social mores need not apply, and consequently turn into absolute fuckwits.

For starters, your average online gaming session, especially in competitive first-person-shooters, is the greatest collection of racial, ethnic, and other offensive slurs outside of a KKK rally in the deep American South. Muting your headset or not even having voice chat capabilities are not escapes, either. The Gamecube version of Phantasy Star Online’s visual chat was rife with swastikas and Hitler faces by the end of the game’s life (which would have been hilarious had they not been serious), and one of my better 1 vs 100 sessions this season, which inspired some celebratory Avatar dancing, led to a message from someone I’d never met informing me, “UR AVATAR IS A FAG.” And here, I hadn’t even gotten the pink Depeche Mode shirt from Left 4 Dead 2 and built an outfit to coordinate with it yet!

Another element of real-life interaction that’s been thrown out the window by many an online gamer is sportsmanship. Victory has become so desirable, above all else, that hacking and the pursuit of in-game exploits run rampant, to the point that anti-hack software and game patches have never been able to completely catch up. Rage-quitting is another, just-as-frequent offense, with disconnects being used to deny opponents their hard-earned wins, or damning teammates to a round down a man, which can spell disaster in higher-level competition.

And even when players are playing legitimately, trash-talk abounds, and offensive gestures such as teabagging have been developed as a means of gloating or otherwise showing displeasure with one’s associates. Whatever happened to sucking it up and seeing a match through? How hard is it to take your licks and use them in later rounds, learning your opponents’ play styles and adapting to them? And how sweet are some of the kills that happen, even if you’re on the receiving end?

Related to the above, it seems teamwork is dead. Most online-enabled games with a playlist system will see the bulk of their traffic in the “kill everything” modes, be it free-for-all or team slayer, while gametypes featuring more cooperation and more complex goals take more time finding matches. The winning-is-everything mentality seen in cheating and forced disconnects extends to an idea that victory should be yours, and yours alone. Attempting to suggest any sort of strategy will get you ignored or shot down, and failing to be effective toward any of the manifold, unspoken strategies of your teammates, since you have no idea what anyone’s doing will get you called out, if not kicked from the game. Someone needs to clarify to these sorts that your average USB, Bluetooth, or any other sort of headset is not a telepathic transceiver.

I’ll be the first to acknowledge that none of these problems are particularly easy to fix, and may never go away. Games will never release completely bug-free, humans will never entirely cease hating things that are different than themselves, and pretty much everyone is taught from birth to look out for number one. Fixes and options crop up all the time, from anti-cheat software to things like party-only chat, but those have their own pitfalls; new software always ends up having new weaknesses and loopholes, and party chatting with people you already know removes a player’s option to meet new people. Punishing players who disconnect may discourage active drops, but can also effect those with less reliable internet connections, which become more and more common the further you get from urban areas.

The only perfect solution, really, is not to play. Given the current trend of games toward more and better (for the most part) online experiences, that’s hardly an option, unless you’re really into casual games, puzzles, and role-playing. I guess the best thing I can recommend is to endure the griefers and the self-styled internet badasses, try not to let douchebags get in the way of your fun, and don’t be afraid of other players.

Sure, dickotry may abound online, but one day, people might begin to realize that their coplayers and opponents are more than just disembodied voices who are shooting at them. For every dozen rounds you spend having your sexuality being questioned, you spend one or two cruising around with a couple guys in a Warthog, harmonizing to Journey’s “Don’t Stop Believin’.”