Warning: Spoilers Ahoy for God of War 2, MGS4, Final Fantasy 7, Final Fantasy X, and BioShock. I’d warn you about the Star Wars spoiler too, but if you don’t know about that, well …

Listen, we all have fathers. Every single one of us. Even if you grew out of a test tube, somewhere, at some point, some dude played a role in your life. Some of us like our fathers, some of us don’t, but still others grow up not knowing who their dad was for some reason.

I love that a lot of videogames use mysterious paternal figures — it adds a lot of intrigue and insight into a protagonist’s behavior and background. One could argue the movie series Star Wars (and subsequent videogames) examines the family dynamic between Luke Skywalker and Darth Vader. Towards the end of The Empire Strikes Back, Vader reveals Luke is his spawn and every interaction/similarity between the two is judged through the father/son lens. George Lucas even went back in time to make The Phantom Menace, Attack of the Clones, and Revenge of the Sith, just to explain how it came to pass the Sith Lord fathered one of the leaders of the Rebel Alliance (among other plotlines). 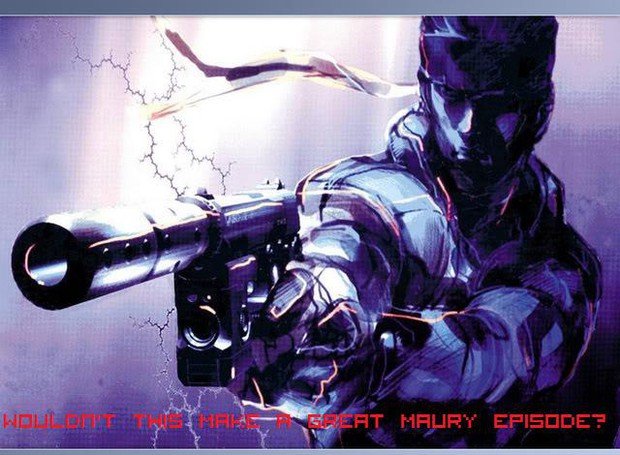 The Metal Gear games also test the father/son dynamic, namely in the relationship between Solid Snake and Big Boss. This family tree is messed up beyond belief, making for one of the most compelling narratives in gaming. How exactly every intricate detail of these two characters’ lives is manipulated makes the player feel animosity, curiosity, and frailty at the truth — exactly how a child feels who doesn’t know who their father is.

Final Fantasy X also brings up daddy issues in an interesting way — the principal evil force is Sin, who is revealed to be Tidus’s father Jecht. To be honest, I wasn’t surprised by this, but it did make me re-evaluate what exactly the characters in that story were fighting for. How could Wakka, Lulu, Auron, Yuna, Rikku, and Kimahri stand by Tidus, knowing the bad guy their going after is his father?

However, I hate how the father/son thing has become a crutch for videogame story lines. The inspiration for this article was a game I just beat for the first time via the God of War collection, God of War II. It is explained towards the very end of this epic saga (which is excellent, by the way) that Zeus is Kratos’s father. This makes sense in mythology, because there’s practically not a single mortal woman or goddess Zeus didn’t bang. But in God of War II, this aspect feels horribly tacked on. Does Kratos really need any more motivation to get revenge at Zeus? I shrugged at this father/son reveal, because it really didn’t matter: Kratos is kicking the crap out of Zeus, regardless of whether he is his father or not. Athena tries to make the case for Kratos not to fight him because of their father/son relationship (or lack thereof), but who cares, really? 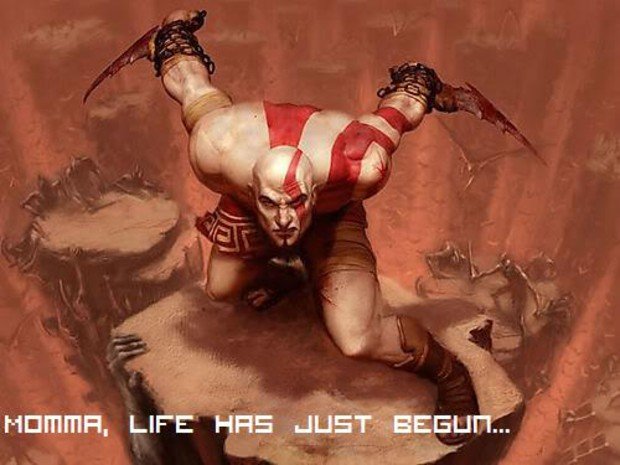 BioShock also ventures in this territory. Jack goes through the motions, not really worrying about who he is, until about halfway through the game, when he goes to Andrew Ryan’s office. Among other things, Ryan reveals Jack is his illegitimate son. Just like GoWII, is this really necessary? Jack is more traumatized that he was manipulated throughout this whole affair, than preoccupied with who his father was, which is why he goes after Atlas/Fontaine.

Which brings me to another point about why daddy issues really bother me: everyone always asks who’s the father, but no one bothers to wonder who’s the mother? For some reason, there isn’t a lot of mystery about who mom is because plotlines treat who dad is much more seriously. For example, it isn’t until MGS4 that Snake even bothers wondering who the hell was his mother. And even, this is treated as kind of a general “meh” because the legacy of Big Boss is way more important to the story. Who the hell is Kratos’s mother? What about Tidus’s mom?

The only game I know of that treats “mom” as any integral part of the mystery is Final Fantasy 7. The game asks a lot of Sephiroth and his obsession with his mother, Jenova. You could argue his attachment to her is what drove him to the brink of madness. However, the player only learns through a side quest (and maybe if you were paying attention during the FFVII spinoffs), that Lucrecia is really Sephiroth’s mom. The player also learns Sephiroth’s father is technically Hojo, which is weird considering the context of Sephiroth’s life. Even then, the relationships between Sephiroth’s real parents aren’t examined all that much in the original game. It would take Dirge of Cerberus and Crisis Core to even examine these connections.

For the record, I love my father, despite all his quirks. Somewhere, deep down, all these characters do too. In some cases, it’s what drives them to become the heroes and heroines they become. I just wish videogames would treat their relationships with a more even hand.