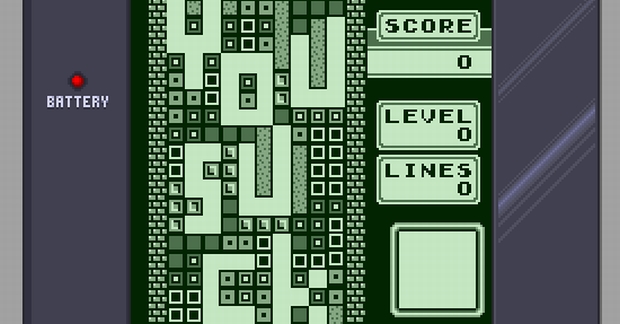 [Editor’s note: We’re not just a (rad) news site — we also publish opinions/editorials from our community & employees like this one, though be aware it may not jive the opinions of Destructoid as a whole, or how our moms raised us. Want to post your own article in response? Publish it now on our community blogs.]

As game systems have continued to grow in power and capability, so too have the games played on them expanded in size, depth, variety, and complexity. Progress’ steady march onward continues to bring players more interesting and exciting experiences, but at the same time, produces more and harder places for those same players to get stuck.

Enter FAQs, and their bigger brothers, walkthroughs and strategy guides. Be they printed or electronic in nature, game aids such as these have followed a similar evolutionary path to the games that inspired them, but have become so ubiquitous that they’ve begun to strangle the very thing with which they’re meant to help.

Don’t get me wrong; I have the utmost respect for FAQs, when they actually consist of frequently asked questions. Having someplace to turn when you’re stuck someplace many other players have had trouble is very reassuring, and I’d be lying if I said I’d never looked at one. The concept’s been around almost as long as video games have been, after all. From their humble (and sales-boosting) origins as handfuls of pages in magazines like Nintendo Power and flimsy book order paperbacks, the global reach of the internet has taken the FAQ list and eliminated the middlemen, never mind the expensive long-distance calls to reach them. Anyone can be a game counselor, and the idea of the gaming community helping each other through tough spots is somewhat heartwarming.

Move beyond lists of hints and map compilations, and the skies begin to darken. Walkthroughs take the foundation laid by FAQs, and by assuming every possible question is going to be frequently asked, take it upon themselves to explain everything you can do in a game, and show you how to do it. This sort of thing smacks of a case of the high-and-mighties (just look how many DO NOT COPY ON OTHER SITES warnings are found on these things), and brings to mind the “give a man a fish/teach a man to fish” argument.

Ostensibly, the walkthrough appears to be teaching the man to fish, but when when you consider how they offer up the entire gameplay experience (spoilers or not), it comes to light that the walkthrough is the fish, albeit a blander, emptier version of it. You may get some of the flavor back by playing the game according to the guide’s instructions, but how many nuances and surprises put in a game by the developers lose their lustre when you’re not going in blind? Besides, how annoyed would you be if you asked a friend to help you with something, only to have him finish the game for you right then and there, rather than letting you play

The walkthrough racket has become an ouroboros of sorts. As walkthroughs prove to be more and more in-depth, programmers (or at least, ones who care) are pressed to hide secrets in more convoluted ways, or in greater numbers. For instance, look at how ridiculously placed some of Brutal Legend’s Bound Serpents were placed. Guide writers receive flak for taking more time to produce their helpful hints, and subsequently bust things as wide open as they possibly can once they have broken through the developers’ defenses. Games get more and more difficult to experience in full out of the box, especially for those of us who prefer not to have our hands held. Dependency on guides develops for many a gamer, and the general skill level (and admiration thereof) amongst players declines.

It makes you wonder whether games really have gotten less difficult as they’ve gotten prettier and developed more options (courtesy of more buttons), or if they’ve actually gotten harder, but with so much assistance that the difficulty is moot. More often than not, the higher difficulty settings on a given game tend to just make you easier to kill, send more things to kill you, or make it harder for you to kill the things trying to kill you, rather than adjusting any challenges or making the player think and play differently. Replay value has also seen a sharp drop thanks to the “google it” mentality; when you can get a perfect playthrough the first time with little more than basic literacy under your belt, why bother buying a game or keeping it around?

As if things couldn’t get worse, walkthroughs managed to evolve into a more elaborate, multifaceted beast when someone realized you could plaster them in pretty pictures and color-coded charts, print and bind them, and make people pay money for them. Strategy guides, while pretty, have steadily earned more and more of my loathing over the years, for several reasons. They reinforce the aforementioned downward spiral of in-game obfuscation even more quickly by making it good-looking and profitable. They give the clerks at game stores yet another thing to harass you about, and keep you from playing your new purchase that much longer. Their ubiquity inspires the publication of many guides that, honestly, no one will ever need. And they encourage one of the tendencies I despise: playing by numbers.

Honestly, I could (and plan to) write an article entirely about this phenomenon, but for now I’ll be brief. The widespread inclusion of stat charts in strategy guides (and walkthroughs, for that matter) has inspired a sizable number of gamers to tailor their equipment layouts/Pokémon crews/whatever to produce the “best” results, rather than playing in some fashion that reflects themselves, their values, or their inherent style.

I understand, and to some extent forgive, that level of technical concern in highly competitive settings such as tournaments, but extending that sort of stat-mongering into more friendly play situations tends to end poorly. No one likes a know-it-all, and the same thing goes for a win-it-all. There may be a certain satisfaction in getting your character “perfect” in a single-player game, but it often comes at the price of in-game decisions you would have made differently, had you not been whoring for bonuses. In multiplayer realms, things get boring fast when everyone has six Legendaries just bouncing off each other and bringing results down to luck, and just look how stupid most of the tweaked-out custom character layouts look in SoulCalibur IV custom matches.

I’ve got to tip my hat to publishers like Bungie, who’ve managed to keep their lips sealed even when collaborating on guides, and enjoy giving the player something to search for themselves in the form of easter eggs such as the myriad skulls, or the hidden ending bit in ODST. I also see some hope in the increasingly easy access to FAQs and guides online, as this may help bound strategy guides find obsolescence sooner rather than later. Such a move would mean less readily available print versions of a lot of game artwork, but perhaps that would inspire translation or comparable remakes of some of the beautiful game artbooks available on the Japanese market. However, as nice as it is to see players helping other players, a completely digital gameplay guide market would remain a double-edged sword; I fear for the day when the bulk of games are designed less to be played and more to be solved.

THIS POST COPYRIGHT NEKOBUN. DO NOT DISTRIBUTE TO OTHER SITES WITHOUT MY PERMISSION!!!!!!1one!ichi!!