Pure of heart, empty of wallet

In an inspiring display of pleasantness, last weekend’s Splatfest came to a positive conclusion, as North American players in Nintendo’s Splatoon 2 battled it out to decide which was more important: Love or Money.

When all the fighting was over, Marina’s pure-hearted Team Love took a 2-1 victory over Pearl’s greed for the almighty dollar. By some margin too, as the public poll took 68% of the vote. The physical matches were a little closer, with Love taking Solo play, leaving Money to snatch Team play in its green-stained claws. 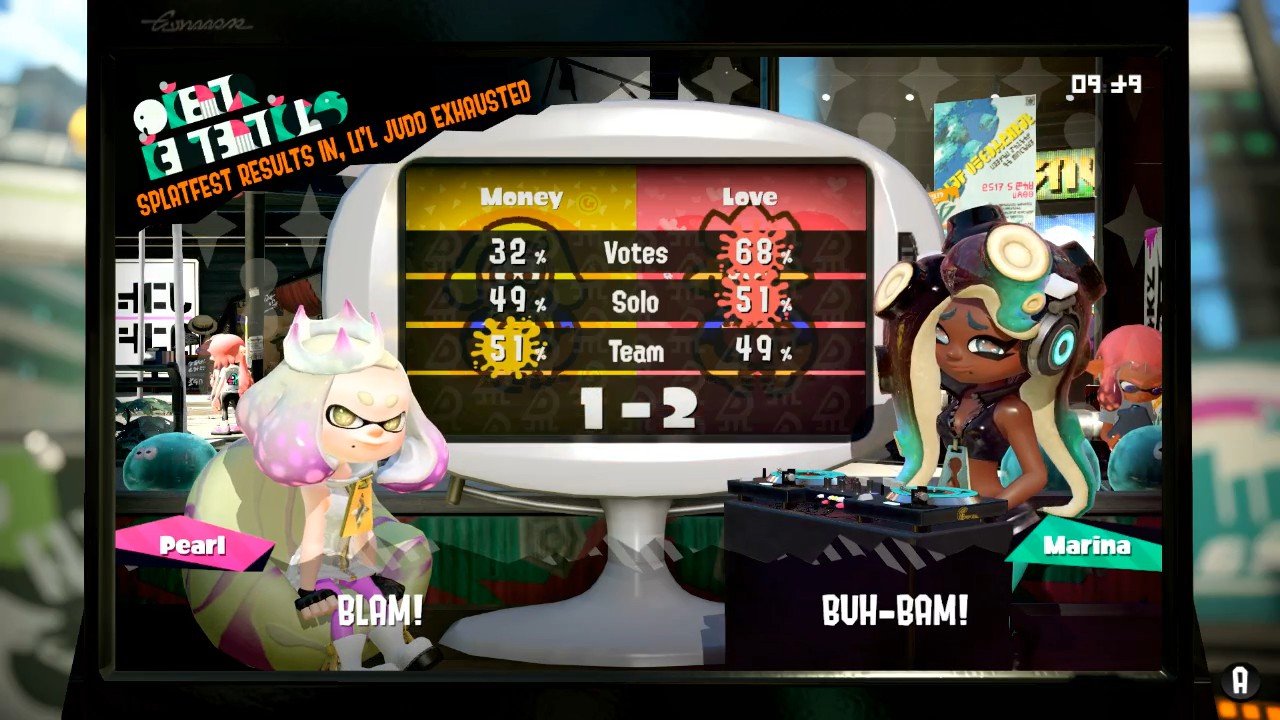 I’m an unashamed mark for Pearl, you know this, but I definitely wanted to see her kindly DJ pal walk away with this victory, if only to help restore a little faith in the people. It appears, however, that Pearl took this loss particularly hard, given this heartbreaking exchange, which she surely regrets today… 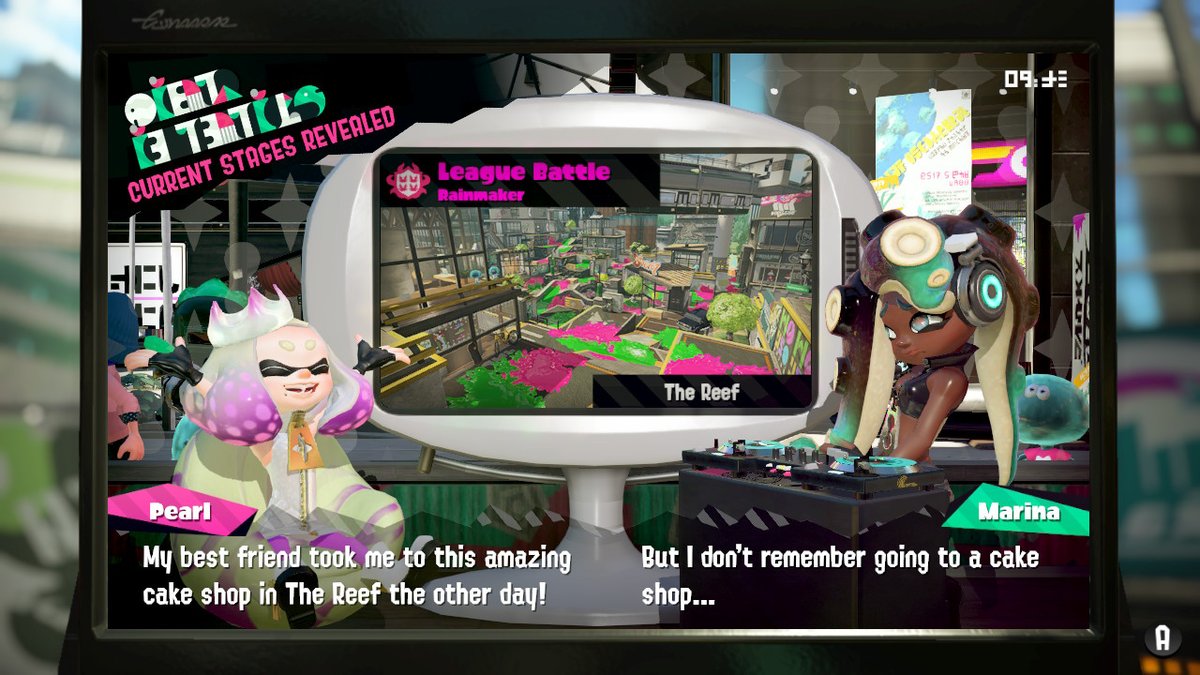 Oh, Pearl. How can such a lovely rose have such piercing thorns?