With Hotline Miami 2 recently released, I realized I am really, really tired of games that belong in its genre. When I say “genre,” I refer not to “action games” or “indie games” or even “violent games,” but a subtler, more hypocritical classification: I’m referring to videogames that criticize violent videogames and their fans, while still being violent videogames.

Hotline Miami. Far Cry 3. Games that turn a mirror on the player and say, “look at you! Look at how much you love simulated, throwaway violence, you absolute monster! Let me rub your nose in how gross you are…by filling your screen with lovely, lovely violence!”

There are much better ways to deal with violence in videogames, and they don’t involve hypocrisy.

Most games are horrifying celebrations of violence and empowerment that prioritize aggression over compassion, and competition over empathy.

(So long as the game, and the audience, know that that’s what is going on.)

We all — to some extent or another — are aware that the art and media we engage with can often be full of shit. We often love our art for being full of shit! I love Doctor Who, and it’s one of the most full-of-shit television shows of all time! It champions optimism and mercy without ever approaching anything even remotely similar to a real-life dilemma, and — so long as you know that’s what it’s doing — it’s a perfectly fine bit of escapism.

And so it is with violent videogames. Yes, it’s really, really weird that you run around massacring orcs because They’re The Bad Guys, and it’s even weirder that we were more excited to massacre them in Shadow of Mordor specifically because they felt more human. They felt like people with lives and backstories and that made it way more satisfying to slice their heads off what the fuck. 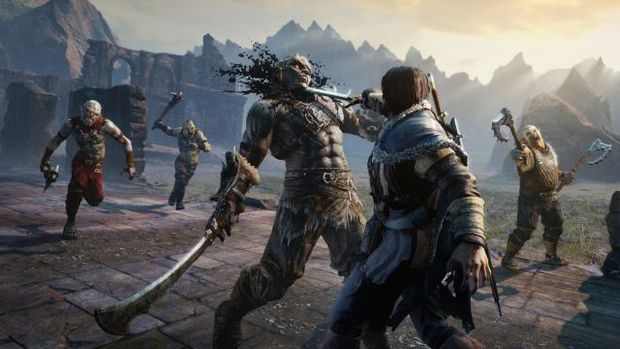 But! It’s escapism. It’s full of shit, but it’s full of shit in a way that is decidedly fun and effective. Should we ask greater questions about why Shadow of Mordor is fun, and consider how its fun-ness might be inexorably linked to racism and classism? Absolutely. Should we stop playing Shadow of Mordor and paint everyone who enjoys it as an enormous pile of human waste? Of course not.

Or, to quote Anita Sarkeesian: “It is both possible (and even necessary) to simultaneously enjoy media while also being critical of its more problematic or pernicious aspects.” (A quote that, if more people actually listened to, might have resulted in a way goddamn calmer gamer culture over the past few years.)

So, it’s okay to enjoy sadistic, weird, violent bullshit, so long as all parties involved know that that’s exactly what they’re doing.

The only real problem, to me, is when that bullshit starts pretending to be about something else.

Going back to Shadow of Mordor — which was unquestionably my favorite game of last year — I loved the over-the-top violence and the multitude of horrific things that you could do to your enemies. I distinctly did not love the story that tried to morally justify those things. The story of Talion’s vengeance, and how justified he was in killing all those orcs because they are inherently “vile, savage beasts” (again, you should really read Austin Walker’s article), is kind of nonsensical. It gets the player from A to B, sure, but it never stopped feeling weird for the game to paint Talion as a hero with one brush, and then allow you to decapitate an orc who is defined by a very human, relatable fear of fire moments later.

Anyone who has played Hotline Miami will remember the constant, enigmatic questions posed to the player by its cast of animal-faced murderers. 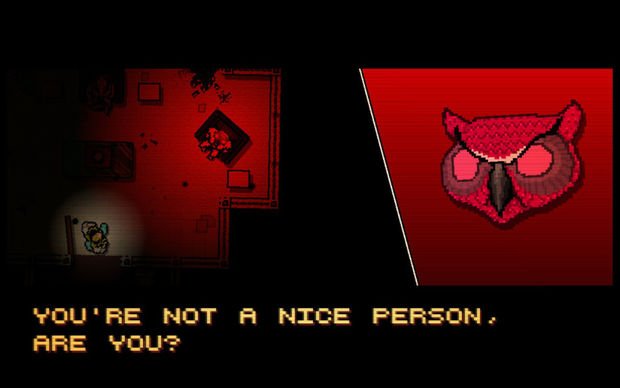 On its surface, these questions — questions that many games pose to their players — are deep, interesting queries.

Functionally, though, they do nothing but jab an accusatory finger at the player. You fucking caveman, they shout. What’s wrong with you? Why do you like this horrible, violent pornography?

These games never broach the actual social or biological reasons we find violence entertaining. Evolutionarily, it’s to our advantage to find violence more stimulating and interesting than other aspects of the human experience, because a failure to find violence noteworthy can result in our deaths. Culturally, there are reams and reams of academic papers on violence as a (chiefly male) expression of worth and power that can often poison the aggressor almost as much as their victim. 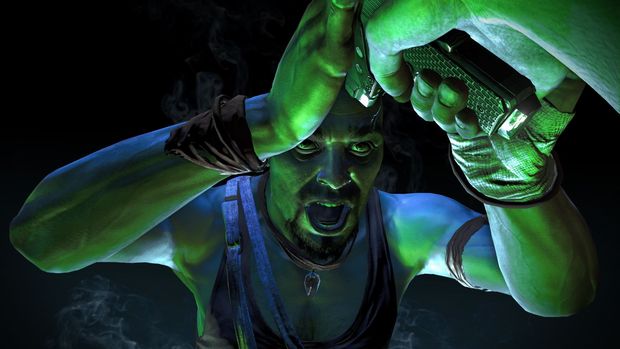 These games don’t address that. Far Cry 3 says you like violence because you’re a racist, simple-minded tourist (or at least, you have no problem taking on the role of one because, as a player, you’re so eager to get to the murdering that your avatar is meaningless). Hotline Miami says you like it because you’re kind-of-sort-of-bad-person-I-guess-but-maybe-not-really-I-don’t-know. Spec Ops: The Line suggests you’ve just never given any thought to what the hell you’ve done as a player of games.

These games chastise the player for enjoying consequence-free violence, right before offering them a smorgasbord of beautifully rendered, lovingly visceral consequence-free violence (Spec Ops less so, as it actually gives a shit about the choices you made in the story. Additionally, it forbids the player from being as graphically sadistic toward his or her enemies as FC3 and Hotline Miami).

This is kind of weird, right? This is a hypocritical way of having your cake and eating it too — of pretending you’re making a grand statement about violence, without actually saying anything of note beyond — bizarrely — blaming the player for buying your game.

If a game truly cared about exploring violence and its consequences, wouldn’t it bake that into its game systems? XCOM, to me, is a greater treatise on violence and death than any of the other games I’ve mentioned because its systems force the player to make real, consequential, dynamic choices about the value of life. Should I put my elite assault trooper into the path of a crysalid if it means that he’ll be able to save two or three civilians? Is it worthwhile to use my rookie to draw a sectoid’s fire, just so my sniper can get a shot off? How much do I care about “winning” versus being a good person? What is the actual, financial cost of a human being? 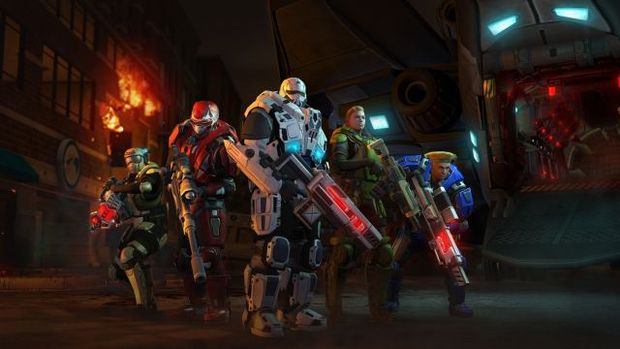 XCOM, while seemingly just a silly game about marines fighting aliens, directly engages with these questions in a way that the Hotline Miamis and Far Crys of the world never do. (And what’s more, they do it without relying on gore for spectacle’s sake).

The answer for that is, perhaps, obvious: because it’s hard. Because to do so is expensive, and means you’re making a mechanically complex game in a time where it’s easier and cheaper and often more profitable to make simple games.

But if you’re going to make a simple game that casts the player in a simple, hyperviolent role, why pretend to be an exploration of violence when your game mechanics obviously aren’t? Why not go the other direction?

Why not celebrate the fact that you’re, to be brutally cynical, kinda full of shit?

That’s what Borderlands 2 was about — from my perspective, at least. (It should probably go without saying, but a TON of people worked on Borderlands 2, and though I wrote about 90% of the dialogue, that dialogue makes up a comparatively small percentage of the overall Borderlands 2 experience. I can only speak for myself, and my own frame of mind when I worked on the game.)

Early on, after the player kills a few psycho bandits, I had Claptrap comment on the battle:

“Minion! What did you DO?! Those people had LIVES, and FAMILIES, and — nah, I’m totally kidding. SCREW those guys!” 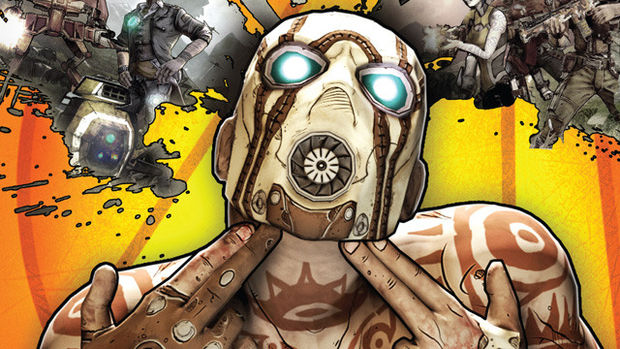 As a joke, this line of dialogue isn’t great. It’s too long, its punchline is obvious, and it’s just plain not all that funny. But nonetheless, this was a line I found myself coming back to as a thematic touchstone for the series as a whole. Yes, you are a murderer. Yes, you only exist to kill people and rob their corpses so you can kill more powerful things and rob more shiny stuff from their corpses. But it’s all bullshit, so don’t sweat it. Don’t forget that you’re being kind of a murderous antihero, but have fun with it! It’s entertaining to be a murderous antihero. Don’t pretend you’re something that you’re not (a hero), but don’t beat yourself up over your antiheroism — revel in it.

There was a bit of internal worry about casting the player as such an amoral mercenary, but by making the bad guy an even bigger asshole, and by surrounding the people with (hopefully) charming, equally amoral good guys, everything basically turned out okay. We didn’t, to my recollection, get any letters about how horrific it was to play as an antihero — if anything, people seemed to enjoy that Borderlands was so jovially honest with its players about what it was and what it asked them to do.

Saints Row works for exactly the same reason. The first two Saints Row games can often veer toward the horrifying, as the player upholds “values” like loyalty (which manifests itself in the player brutally murdering Julius, the founder of the Saints who rats on them in an attempt to bring peace back to Stillwater) and justice (which sees the player kidnap an unarmed woman, lock her in the trunk of a destruction derby car, and trick her boyfriend into ramming her to death as a means of avenging one of their fallen comrades). 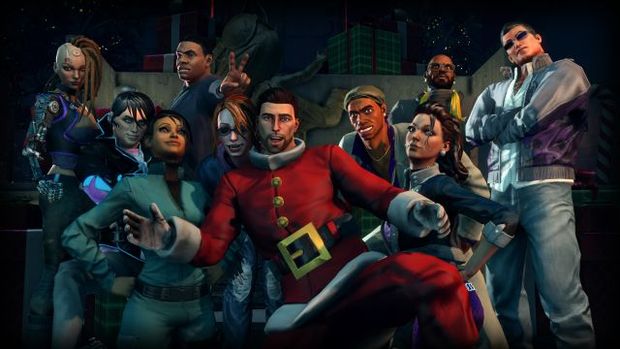 But Saints Row 3 and 4? The games where the franchise fully accepted just how batshit insane its players, characters, and world are? God damn, those are some good fucking videogames. Yes, your only method of interaction with civilians sees you punching or bludgeoning or shooting them. “Fuck it,” the game says — “let’s incentivize that kind of behavior by making civilians drop health when you kill them.” The moment Saints Row stopped trying to make serious statements about anything was the moment it reached its full potential. It accepted its own ludicrousness, and in so doing became the most honest videogame ever made: you play like a psychopath in these games, so we’ll cast you as a mass-murderer and have everyone talk about how hilariously fun it is to be a mass-murderer. Fuck it, we’ll make you president because you were so good at being a mass-murderer.

Sure, the Saints Row games aren’t “deep” (except for the fact that they totally are, thanks to their treatment of sexuality), but they’re honest. Their messages, such as they are, match up perfectly with their mechanics.

In my dumb, ex-game-dev opinion, XCOM and Saints Row represent the two best ways of actually tackling violence in games. Either build your systems around violence and its consequences — actually force your players to answer questions of morality and power for themselves —  or just throw up your hands and create a world where the player can have fun being a total piece of shit. Above all, just be honest in what you’re doing — don’t pretend your game is about How Bad Violence Is when it’s really about How Awesome Pixelated Blood Looks.