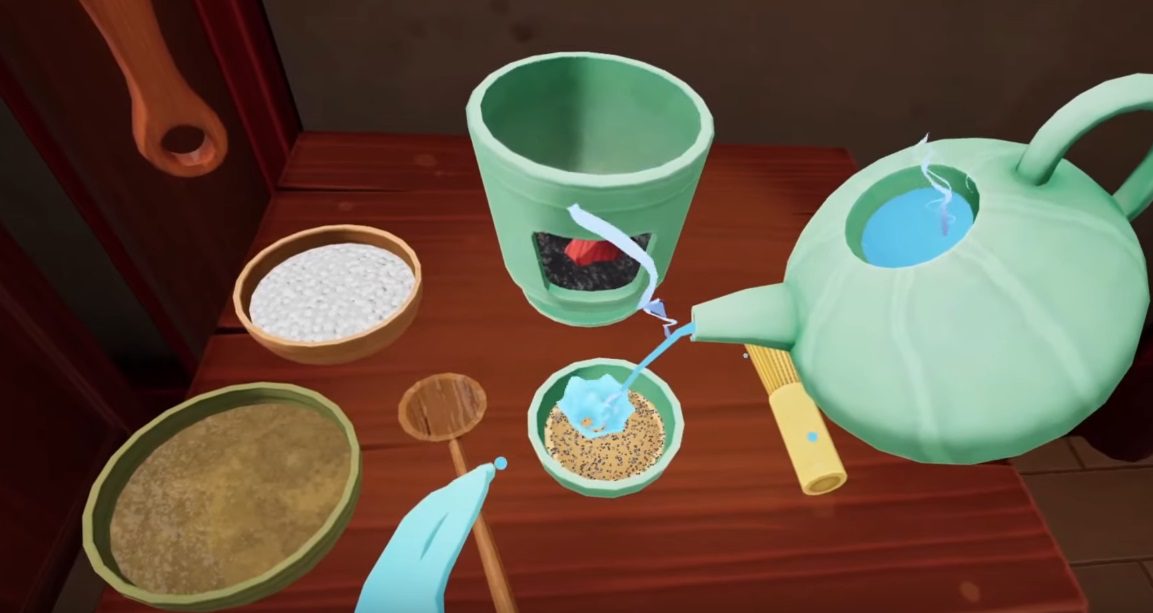 I don’t know what game you are playing right now, but why would you be playing that when you can play Lost Recipes — a brand new VR title that tasks you with creating delicious culinary dishes, to order, for a gaggle of spooks, specters, and ghosties?

Well, to be fair, you can’t. Not right now. But you will soon!

Developed by Schell Games and noted by the well-meaning folks at Wholesome Games, Lost Recipes is a relaxing-looking VR title wherein the player will create fantastic dishes pulled from throughout the ages. Visited by spirits from Chinese, Greek, and Mayan culture who are simply dying to pass on their kitchen knowledge, you will be guided through the preparation of ingredients to create delicious food thought lost to time. Hope you can impress your ghostly host. (I guess these ghosts can actually digest solid matter, best not ask questions).

Unlike most diner-dashing titles, Lost Recipes is not about speed and efficiency, but accuracy and passion. Take as long as you need in order to perfect your dish, follow the instructions closely, and soon you’ll not only be creating ectoplasmic entrees for your guest, but you might even learn a little about the utensils, techniques, ingredients, and flavors that forged entire cultures.

Lost Recipes looks to be a charming, calming, and delightful time-filler, a title that will allow the player to lose themselves for a spot of freaky food prep. I’ll bet playing it makes you dang hungry though.

Lost Recipes will be available on Oculus Quest/Quest 2 from January 27.