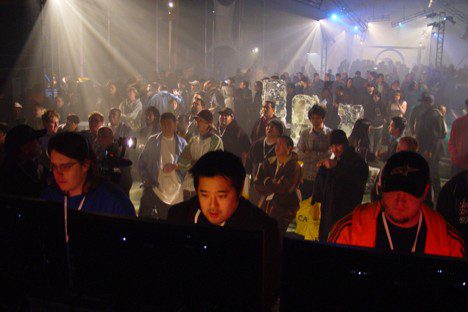 If you haven’t been living in a cave, you may have noticed that Capcom’s Lost Planet came out today. To celebrate that fact, Capcom held their Lost Planet launch party last night in San Francisco.  To call the event a mere launch party, though, would be a massive understatement. You see, Capcom doesn’t throw tiny little launch parties, they throw gigantic warehouse-rave launch parties. Check out the pictures to see how Capcom rolls.

Update 1: Here’s the official word on the turnout:

The event drew over 1,000 gamers last night. There were 96 Xbox 360s wired for people to play Lost Planet and there were approximately 180 people that competed in multiplayer sessions to win the top 8 spots to move on the finals against the developers themselves.