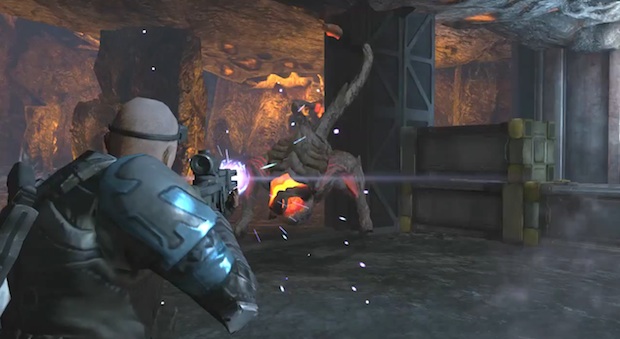 We knew Lost Planet 3 would have multiplayer, but we’ve not heard anything about it until now.

Capcom says that the game will feature four modes across six maps. You’ll play as either the NEVEC or the Snow Pirates in modes like Scenario, where each team goes through random offensive and defensive challenges. This mode can be played on foot in third person, or in Suits in first person.

Akrid Survival mode has two teams of three going up against enemy waves for a bit before they go PvP. Kill baddies, and then kill each other.

You can get a peek at MP in this new trailer.