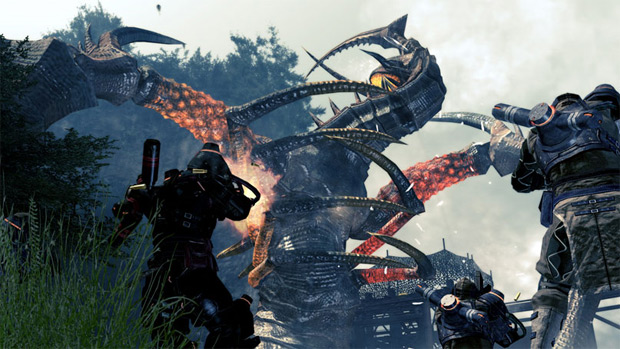 Similar to how a demo for the original Lost Planet went out way before the game was ever released, Capcom is hoping to achieve the same result with Lost Planet 2 later this year, according to Eurogamer.

“We are working hard right now to make sure there is a playable version of this game at E3 for anybody who’s going to be in attendance there,” explained producer Jun Takeuchi during Captivate 09. “And we’re also hoping to have a downloadable demo.”

Interestingly enough, it’s sounding like LP2 is still a possibility for the PlayStation 3, and even the PC, but Eurogamer notes that Takeuchi didn’t specify which systems would get the early demo treatment, if any.

I can’t quite put my finger on why I’m so pumped for the game when Lost Planet didn’t do much for me at all, but it’s good to know that I won’t have to blindly buy the sequel. Anyone else excited to try out LP2 as well?