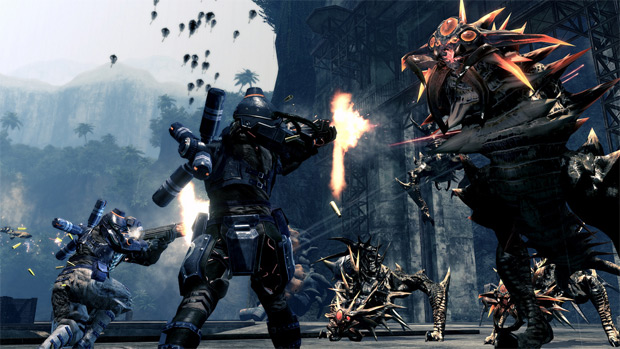 Lost Planet 2, for those who haven’t yet been able to try it, expands on the first game, addresses a number of annoyances, and throws immensely fun co-op action into the mix. In other words, you need to play the game when you get the chance.

There’s been a demo for Lost Planet 2 up for Xbox 360 players, but it’s now PlayStation Network’s turn. On September 24, the TGS demo will be available for download, and it actually contains two extra missions beyond just the giant salamander boss fight.

Again, I really didn’t enjoy the original Lost Planet, but one play session with the sequel was all I needed. The demo supports online co-op play — where the game truly shines — so make sure you have a buddy lined up for the 24th.