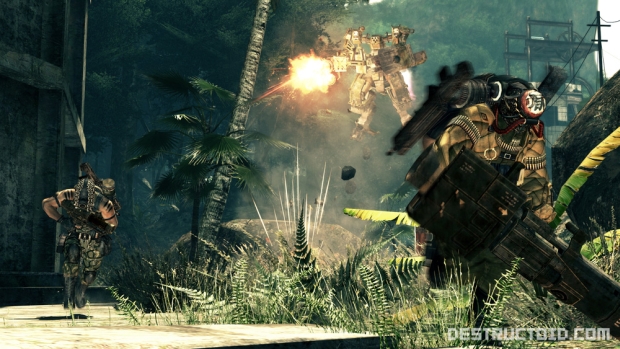 A Lost Planet 2 co-op demo is now up on the PlayStation Network. You and four buddies can rampage through three missions set in a jungle setting of E.D.N III. Players will battle various types of Akrid including the giant Category G Akrid, which you can actually go inside of.

I played a demo of Lost Planet 2 while at E3 a few months back with Dale and we both loved it. I enjoyed the first Lost Planet, but got really bored with the game pretty fast. Now that there’s co-op in the sequel, I don’t see myself losing interest in the game this time around.

What are you doing still reading this? Go download the demo already!