While last night was a night for Konami, they have a thoughtful policy of including Hudson in the festivities. Off in a separate room, Hudson was showing off a couple of Wi titles they have planned for this year. One of them was the quirky Lost in Shadow.

Equal parts Echochrome and shadow puppets, Lost in Shadow is a game that switches gamers perception on gameplay, and requires them to think outside the box of what they think is really going on on the screen. It is certainly a great basis for an action puzzler, that’s for sure.

Hit the jump for this the light and shadow-based game.

Lost in Shadow is the story of a boy tied up at the top of a tower in a magical land, and an evil knight has separated his shadow from his corporal self. Thus, the game is the journey of his shadow from the base of the tower to the top. 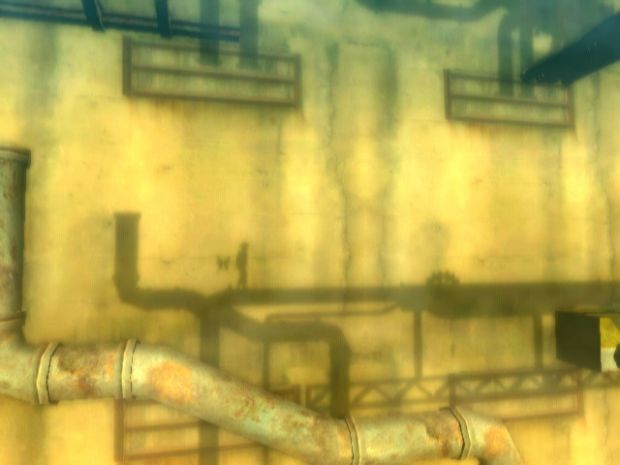 The shadow of the boy is, in essence, the main character of this action puzzler. Since he is a shadow, he can only move on a shadow plane, so all the platforms, enemies and abilities are based on like or the lack thereof. Physical objects are not the problem, it is how light interacts with those objects that are the basis of the game.

This brings to the core of the game: platforming perception. Like the game Echochrome, which seems to be a strong inspiration for Lost in Shadow, what you see isn’t necessarily how things are going to work out for our shadow boy. For example, while you can see a jutting bit of steel from a wall, its shadow may be too far or unusable for for the shadow to climb. Using the fairy indicator called Spangle (who seems to be a friend of the boy), players can rotate the steel structure to make a shadow that the boy can climb. It’s all about what exists in shadows that is important, not what exists in the reality, so players have to change their perception of what to pay attention to.

Another shadow mechanic is a rising and falling light source. There is certain areas where a source of light can be lowered or raised, and in conjunction with objects, the shadows can be transformed, warped, and moved. It’s nothing really amazing, but is a thoughtful element that I suspect will be used in some difficult puzzles. 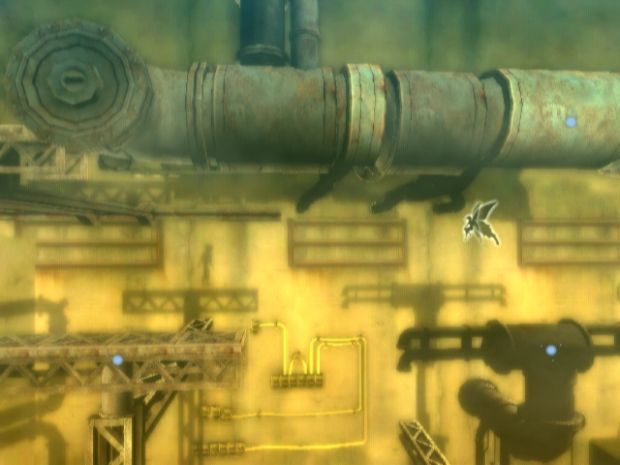 By manipulating these shadows, players will be dealing with puzzles and enemies to get the shadow to the end of each level. I was shown just two zones, but it appears that there are going to be plenty of teasers for players to work through.

More than manipulating shadows, the shadow boy will be facing enemies. These spidery fellows did not appear to be aggressive, but you wanted to avoid them or stab them with a glowing knife, the only light source the shadow boy has. Some quick swipes make work of the shadows, and he’s rewarded with health and other collectibles.

Lost in Shadow has an interesting art style that is equal parts Echochrome and Shadow of Colossus. This is a game that avoids bright and saturated colors, with muted greys and greens being the predominate color choice. I wouldn’t call it ugly, but it wasn’t something I was drawn to, and the over all fantasy aesthetic in the CGI trailer and within the game itself came across as fairly generic. Also, when people say that Wii titles look like they have Vaseline, Lost in Shadow looks like it was made in Vaseline. The audio was a quiet affair, with little going on. It seems to fit the almost bleak art direction fairly well.

Honestly, I’m somewhat concerned that this is a full disc based title. While the core gameplay mechanics are interesting, I’m afraid that it would either become old across the whole game, or that gamers will not be sold on a fully priced title. This could very much be a downloadable title, or at least the gameplay can, and unless Hudson prices this competitively, I suspect Lost in Shadow will fly under the radar of most gamers.