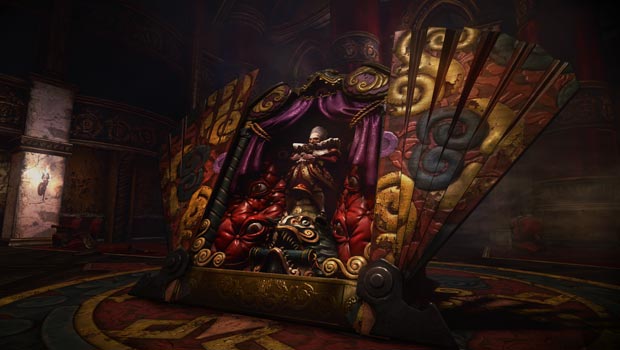 A more electronically-tinged soundtrack ahead

In a recent chat with producer Dave Cox at San Diego Comic Con, we learned that composer Oscar Araujo is busily working on the soundtrack, and that it will sound very much different compared to those of Lords of Shadow and Mirror of Fate.

We were asked to refer to the E3 trailer for an idea of what to expect, but I’ll say that what I’ve heard so far is fantastic. Finally, Cox wanted to draw attention to how the music reflects Gabriel Belmont as a character by noting, “Bad people don’t always think they’re doing bad things. We wanted to present that melancholy tragedy of Gabriel in the music and Oscar has really done that and set the standard.”

We’ll be looking forward to hearing more. Do you think this is a change in the right direction?