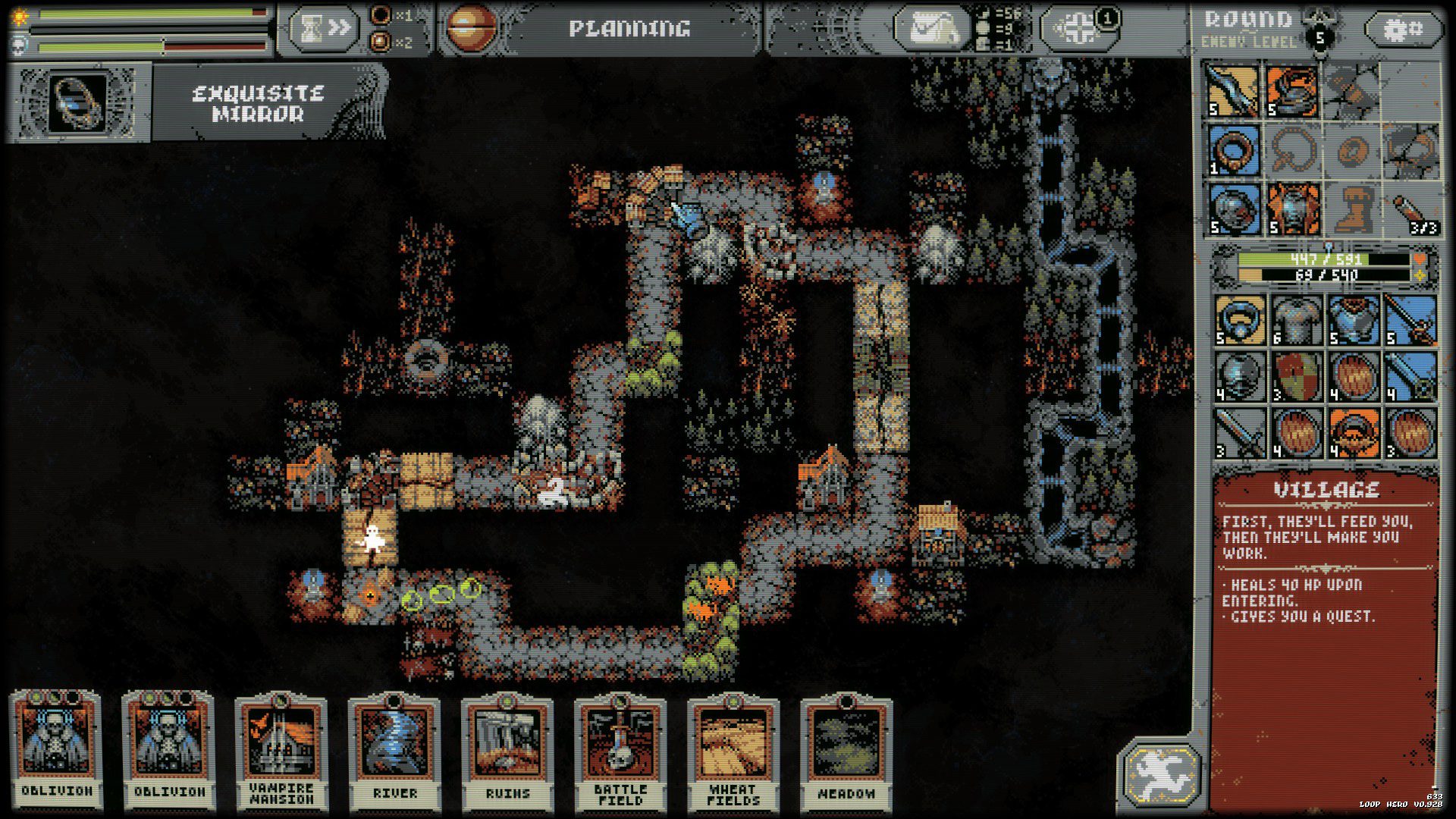 The hurts-so-good roguelike strategy game cleared 500,000 sales in just a week, and it’s getting content updates

Devolver Digital and Four Quarters have quite the roguelike strategy hit on their hands with Loop Hero, a game that’s hard to fully “get” until you’ve looked at the clock and realized you just lost several hours in an instant. Plenty – and I mean plenty – of curious players have come to that realization this week.

Loop Hero has passed 500,000 sales in its first week on Steam, and players are averaging 12 hours.

What is this game? It’s a distillation of moody old RPGs, card-drawing deck builders, idle games, and gambling. Okay, that last one isn’t technically true – but I sure feel like I’m pushing my luck whenever I play. I never know when to retreat with my pile of resources before it’s too late and I’m screwed.

Litter the map with structures from randomly-drawn cards to help and hinder your hero, passively watch them battle it out with fantasy foes, actively equip incrementally better gear drops that fit your class, and keep them alive until they can face the big boss – that’s the idea, anyway. Loop Hero is tough.

It’s one of those games with an old-school mystique about it where you’ve got to test things out for yourself to discover synergies or even whole game mechanics, or you’ve gotta consult the wiki.

I’ve yet to clear the second stage – I was so close with an absurdly fast-hitting Rogue once – but maybe I’ll have my breakthrough soon. I also want to get better with the Necromancer because skeletons rule.

Apart from the sales update, Four Quarters also confirmed a few upcoming features: “a system for saving during expeditions, new speed settings, and a deck of traits gained from bosses.” The developers also intend to give Loop Hero more card types, character classes, and tile transformations this year.