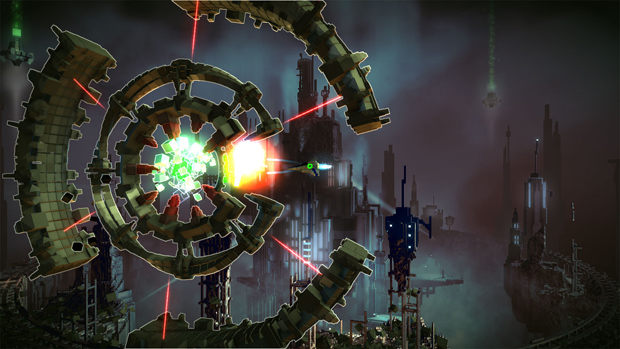 It’s like Defender except I don’t hate myself afterwards

Housemarque’s arcade shooter Resogun was the first PlayStation 4 game I played and, a year later, I still think that was the right choice; someone had to save those humans and it might as well have been me. Did they all survive? Well, no, but uh — quick, look at that voxel explosion!

There’s a PlayStation Vita port on the way from Climax Studios — that’ll be good in short bursts — and, according to a ratings board listing in Europe, a PlayStation 3 port is happening, too.

Though the latter version of the game hasn’t been officially confirmed, its existence sounds reasonable enough. Plenty of people don’t own a PS4 yet and won’t anytime soon. Some of them would buy Resogun if given the opportunity. Until then, that new Geometry Wars is fun.