When did you first sail The Great Sea?

My life has been upended more than a couple times over the past few years. New jobs, new apartments, newer jobs, consolidating my life into a single bedroom; it’s been a bit chaotic. Nothing I couldn’t handle, of course, but as I went through these changes there was always a constant, a singular event that I could look forward to every year. With the exception of one down-on-my-luck span, I attended one show a year of the Symphony of the Goddesses tour. Sometimes good seats, sometimes awful – the Walt Disney Concert Hall in Los Angeles is exceptional – but I’m always giddy to attend and hear the songs I’ve been listening to all my life.

What a great disappointment it was when I learned the tour is taking a break in 2018. Last year’s performance at Davies Symphony Hall in San Francisco, with the new Breath of the Wild arrangement, was pure bliss. But as I type this, it isn’t Breath of the Wild that’s on my mind. I’m humming, occasionally whistling, to the tempo in my head playing “Makar’s Prayer” from The Legend of Zelda: The Wind Waker. 15 years ago I heard that song for the first time and it, along with the rest of the soundtrack, remains my absolute favorite piece of music in all of video gaming.

In fact, 15 years on, The Legend of Zelda: The Wind Waker remains the best game I’ve ever played. 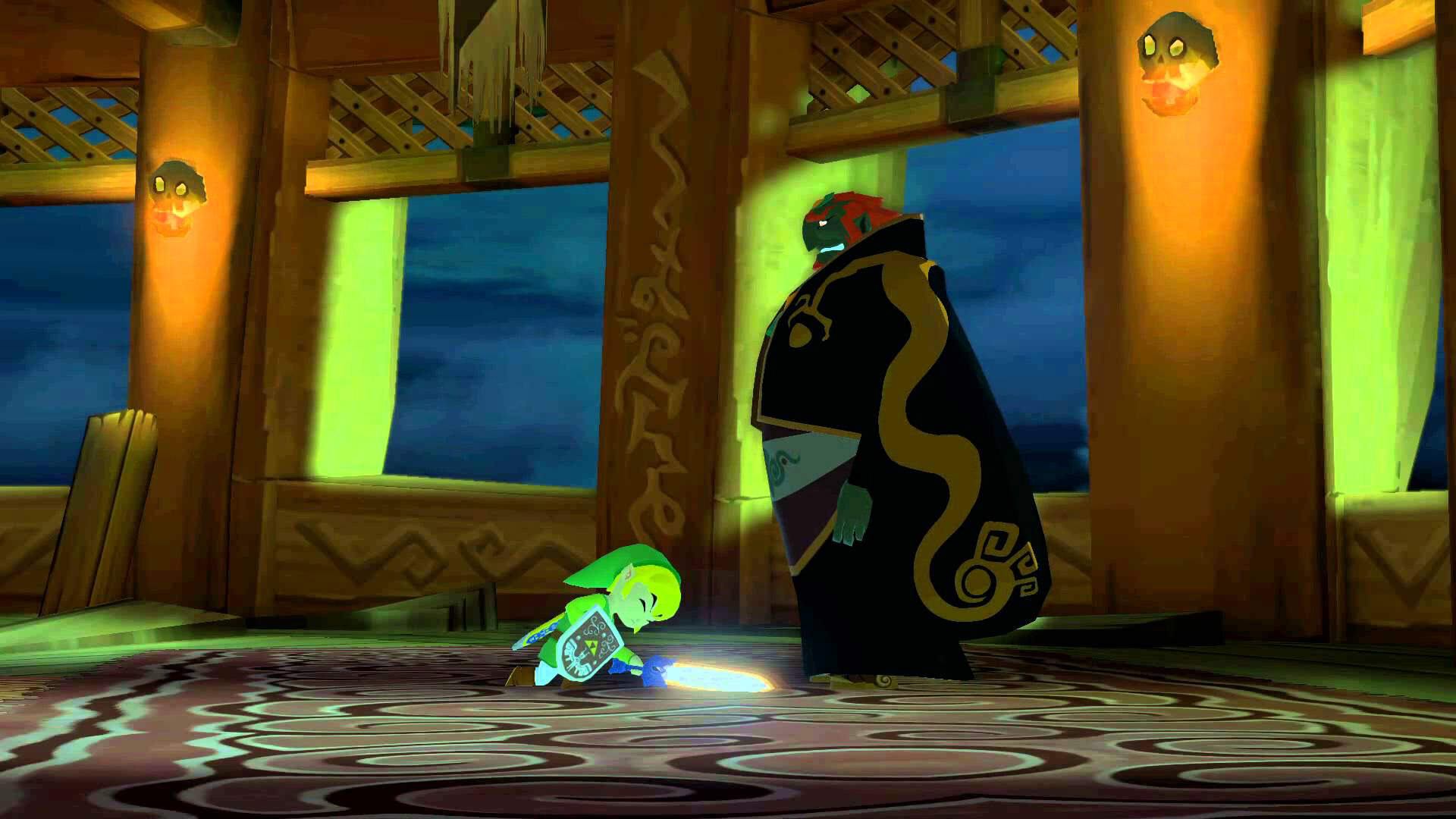 It was the spring of my senior year of high school, a time when I struggled to care about my education as I sailed towards graduation with a full-blown case of “Senioritis.” This was my third high school in two years and while I there were a few classmates I hung out with at school, I didn’t have friends I could chill with after class. Besides my part-time job and my dog, Lady, all I had was my GameCube. And my parents, I guess, but mostly my GameCube. I would play that thing every goddamn day. Animal Crossing, Metroid Prime, Star Wars Rogue Squadron II, Melee, probably some third party games, though most likely not. That was my senior year and I have no regrets spending a majority of it looking at a television screen.

Running opposite of many people’s reaction to it, my first impression of the Wind Waker reveal was positive. I never saw that Spaceworld demo until long after I’d stabbed my sword into the head of Ganondorf. I couldn’t complain because I was absolutely captivated by the colors and cell-shaded graphics of that first trailer. When I got that month’s issue of Nintendo Power, I reread the cover story on it every day for a week. I didn’t own a Nintendo 64 and my friend who did didn’t bother picking up Ocarina of Time or Majora’s Mask, so this would be my first true 3D adventure experience.

It was a Monday, because this is when Nintendo still released games on Mondays, and the GameStop at the mall didn’t hold a midnight launch for it. I skipped school to be there when it opened, in what would be the first time I ever stood in line for just a game. I didn’t even wait to get home to open the box. I tore off the wrapper as soon as I reached my car and at every traffic light I would open the box, stare at the GameCube disc and peruse the instruction booklet. That was my version of texting while driving.

Once I got home, I popped it in, turned on my massive 27-inch flat screen CRT television and spent the next nine straight hours setting sail across The Great Sea. Before The Wind Waker, my relationship with The Legend of Zelda franchise was limited to just three games in the series: the NES original, Oracle of Seasons, and A Link to the Past, the latter of which remains the game I’ve played through the most times.

I’ve always enjoyed the series. The Legend of Zelda made me want to be a gamer and A Link to the Past comfortably held a spot in my top three games at that point. It was an admiration with the series, not an infatuation. But Wind Waker was the game that would change that. It’s what would take me from a casual fan to an obsessive one, who would preorder, buy and re-buy every game on every platform it was made available for. 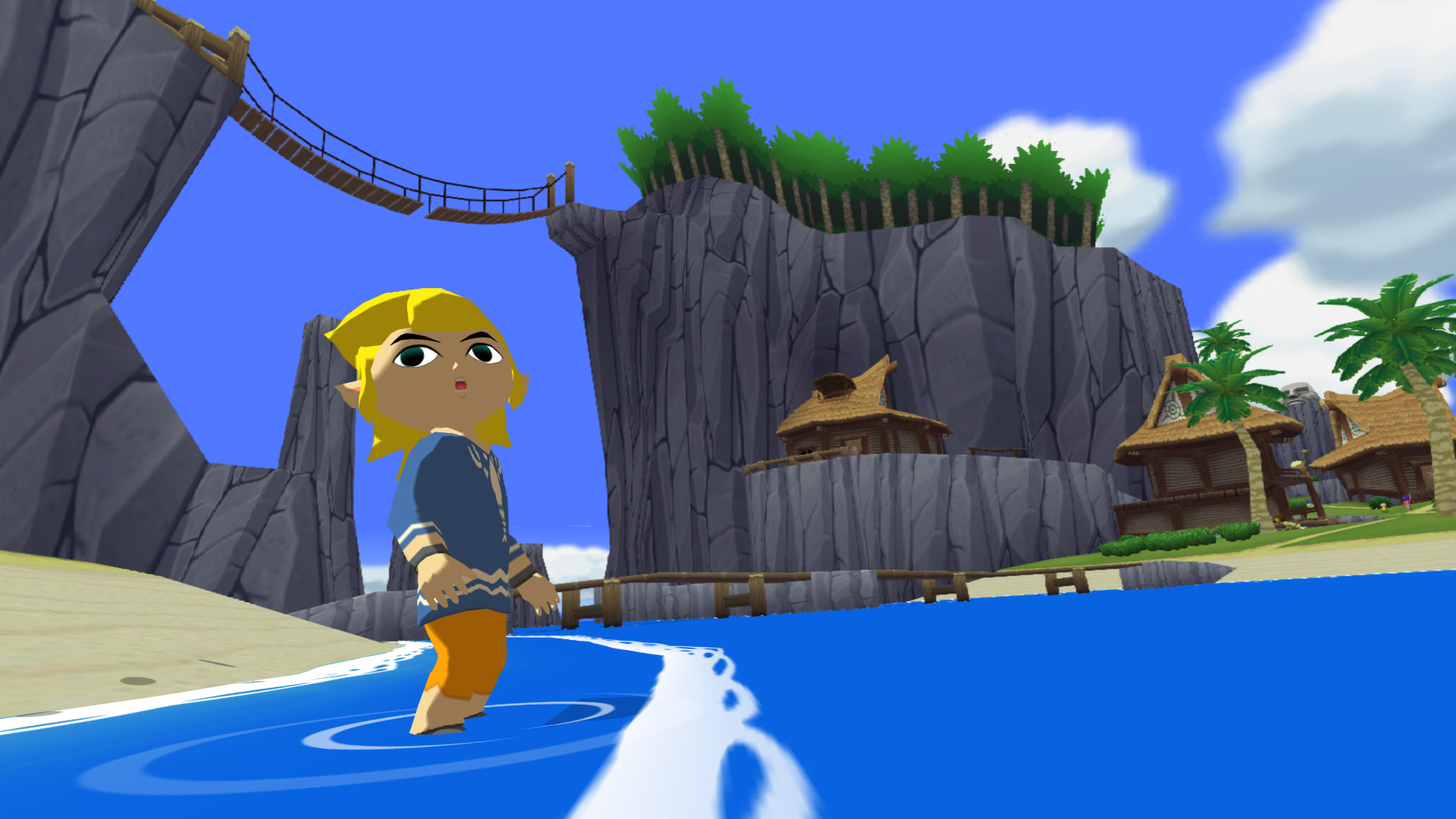 I have four copies of A Link to the Past, though I no longer have my GameCube with those component cables I was stupid to sell. I still have my launch day Wind Waker disc in pristine condition, alongside the Wii U HD port. I own three versions of Ocarina of Time, two of Majora’s Mask, three copies of Twilight Princess, and both versions of Breath of the Wild. More than half the franchise is playable on my New Nintendo 2DS XL Poké Ball edition, ensuring I will never ever get rid of it.

And those are just the games. I have a ton of other crap as well, some of it pretty goddamn expensive. Yes, I know a Legend of Zelda collection is nothing special, I’m literally one of a million guys on this, but I didn’t know a fixation like this before Wind Waker came along. The closest comparison from my youth would be the years I collected X-Men trading cards, but that was a hobby. On this day in 2003, The Legend of Zelda became my religion.

So why this game? Why, of the hundreds of titles I’ve spent my life playing through, why is it this one that changes the very core of my being? I’ve asked myself a hundred times, always pushing the thought away with a simple “because it’s great” or “I like the story.” It is great, and I do like the story. There are so many dynamic moments from it that are among the best the franchise has yet produced, like the first trip down to old Hyrule, or the entirety of the ending sequence. I love the graphics, the music continues to astound me and sailing off into the great unknown, an island in the distance slowly coming into view, was absolutely breathtaking on my GameCube.

But it’s more than that. It’s more than just a feeling, or just something I know. My eternal infatuation with this masterpiece can best be summed up in one word: Life. The Legend of Zelda: The Wind Waker was the first time I played a game that felt like something more. It wasn’t just a series of objectives I was running through to reach the end, but a fully realized, living, breathing world populated with dynamic individuals instead of sprites that made a fleeting impression. A Link to the Past has memorable townsfolk, yes, but every single NPC in Wind Waker is unique, all with their own personalities. I’ve visited small towns in games before but they’re Potemkin villages compared to something like Windfall Island. 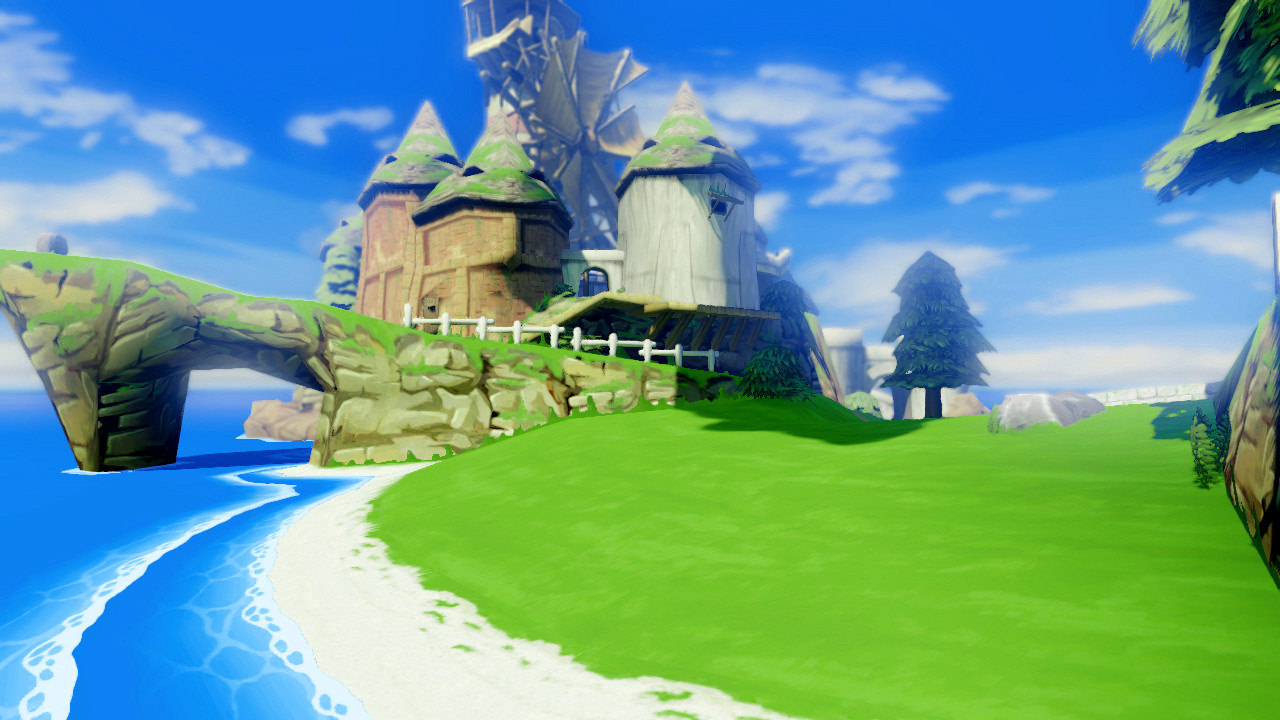 This lively little burg encapsulates everything I adore about this game. It’s bright and cheerful and brimming with character. Its populace is divergent. It has a great theme song, Tingle, and a disco dancer on a cliff. It grows as I continue my quest. I speak with the residents before I tackle Helmaroc King and learn their troubles. After I return, some of their fortunes change. This town advances as I do and yes, as I write this I know that Majora’s Clock Town does all that and more, but first impressions are everything and the charms and quirks of Windfall Island have forever been tattooed to my soul. The Wind Waker isn’t just a game for me but a soothing presence I hold onto in times of need. Would I feel the same way about Ocarina of Time had I played it first? More than likely yes, as it shares many of the same aspects as Wind Waker. But that’s not the hand I was dealt and perhaps it’s best that I waited that long to experience my first 3D Zelda game.

The Wind Waker came around at a time when I needed that bit of jolly escapism in my life, to surround myself – vicariously through Link of course – with the happy-go-lucky denizens of the islands that punctuated this massive ocean. I needed the poor father on Windfall Island trying to get his daughter back; I needed Prince Komali and his insecurities. Hell, I even needed Sinking Ships and Salvatore, dropping a “Sploosh” more often than Archer’s Pam during a screening of Magic Mike. As I prepared for college and falling face-first into an adulthood I’m still not all that good at, I needed one last hurrah of childhood, one final reminder of the awe-inspiring imagination that lit up what was an otherwise bleak existence. The Wind Waker provided that, becoming a beacon that would light up a path to happiness, should I ever sink too deep into the doldrums.

Its station atop the podium of my mind probably won’t last. Games keep getting better and I’ve often struggled with deciding if The Wind Waker is honestly my favorite game when measured up to other potential GOATs. Remarkable titles like Bayonetta 2, Super Mario 3D World, Overwatch, Doom, and Dragon Quest Heroes: Rocket Slime make me want to anoint a new king. But then I sit back and close my eyes as “Dragon Roost Island Theme” — the superior one with the bass — serenades my memories. A smile spreads across my face and it’s not long after the wood flute rolls into my hippocampus that I’m plugging my Wii U in once more for another romp on the open sea.