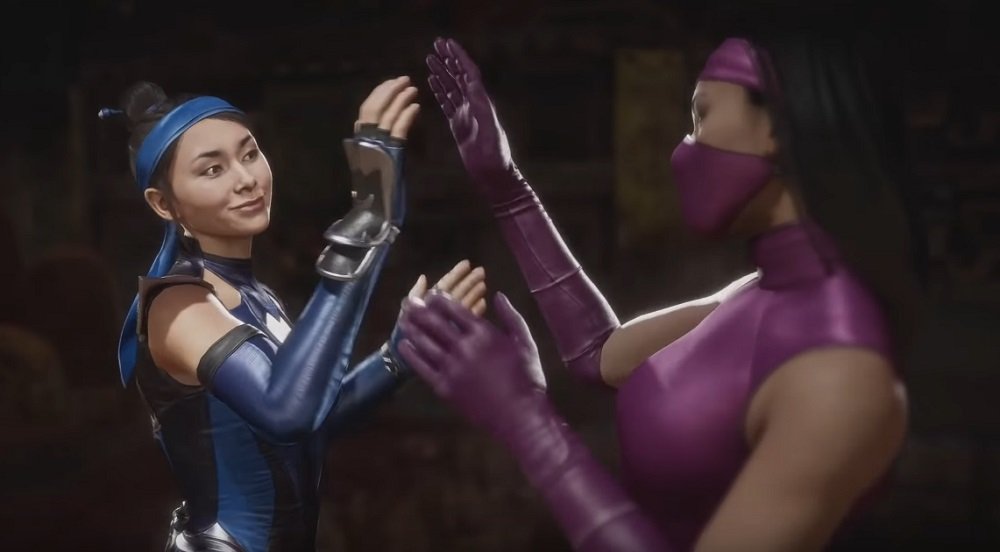 And Sindel appreciates a fine Cabernet

NetherRealm Studios has released a fun trailer giving fans a peek at the range of “Friendships” headed to Mortal Kombat 11 at the end of May. The cute video features good times being had by the entire kast, and also includes a kameo from a beloved kombatant.

The whole shebang is backed by Smash Mouth’s cover of WAR’s 1975 classic “Why Can’t We Be Friends?”, perhaps best known to younglings as Homer Simpson’s entry music during his boxing endeavors. Showing off the Friendships is a little spoilery, but here they are if you want a sneak preview.

Friendships will arrive as part of a free update for Mortal Kombat 11 on May 28. The same day, Mortal Kombat: Aftermath will launch on all formats. This paid expansion adds three new kharacters (Sheeva, Fujin, and RoboCop) along with an extended story mode and a selection of klassic skins.

Regarding Mileena, (who was my MK X main and I loved playing as), I think fans online are beyond jumping the gun by saying that this kameo “proves they’ve made a model and she’s coming to MK 11.” But I do think NRS would be nutso not to capitalise on the demand for Outworld’s favourite daughter.