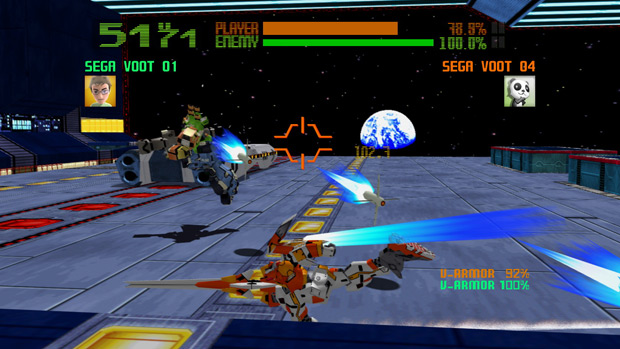 Sega’s bringing Virtual On: Oratorio Tangram to Xbox LIVE Arcade, in case you weren’t aware, and it’s sounding pretty damn good. The port, which will be up on the Xbox LIVE Marketplace on Wednesday, April 29 for 1200 Microsoft Points, is going to have improved (HD) visuals.

Beyond that, VOOT for XBLA has one other major selling point, namely online multiplayer. It’s going to be interesting to see how the port plays on an Xbox 360 controller, but I’m leaning towards feeling cautiously optimistic for now. At the very least, we could always force ourselves to adapt, I guess.