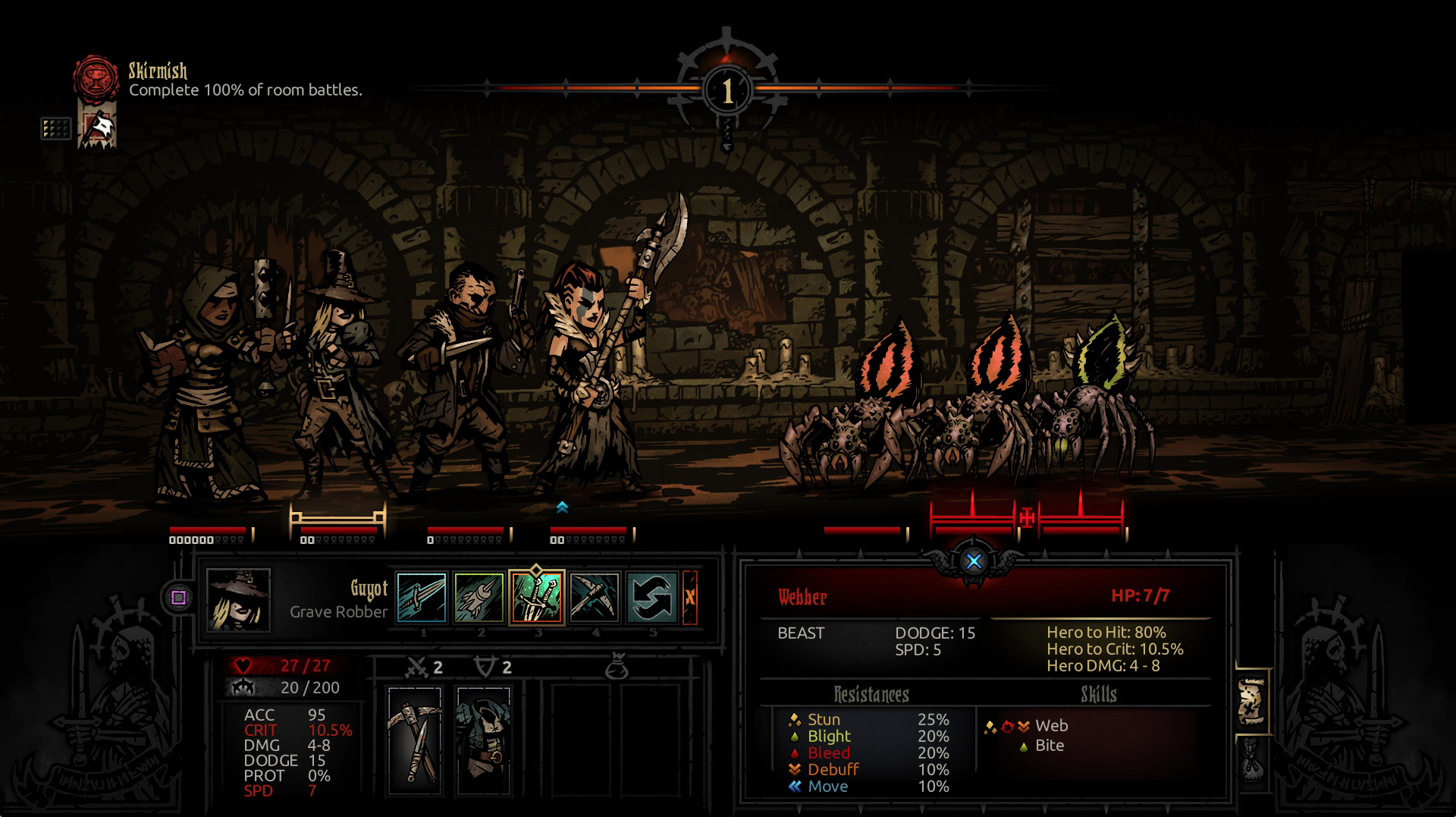 $24.99 with Cross-Buy and Cross-Save support

This feels like a story we’ve written a few times before, but here it is: the final release date (pending any unforeseen schedule shifts). Darkest Dungeon is coming to PlayStation Vita and PS4 on September 27, 2016. It’ll launch at $24.99, with a 20 percent discount offered to PlayStation Plus subscribers.

I’ll be curious to see the new control scheme, first and foremost, given the mouse-and-keyboard origins. Other than that, this is a particular type of roguelike game for a particular type of person, and if you can handle stressful situations, you’re liable to get sucked into it for many hours.

“Despite the grind, despite the perhaps undue commitment to brutality, and despite what I feel is a joke at the player’s expense at the end, Darkest Dungeon still manages to be one of the most engaging and intriguing roguelikes I’ve ever played,” Nic wrote in his 8 out of 10 review of the PC version.

This should be a cool fit for Vita, and I’m not just saying that because it could use more support.