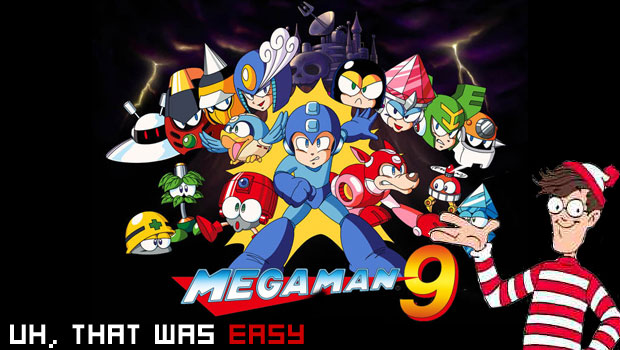 While I personally have yet to be able to beat a single level in Capcom’s Mega Man 9, I know some of you have seen it beginning to end. More than once. And fast. But you haven’t seen everything yet. In a recent chat, Capcom’s Seth Killian told Jonathan Holmes there’s one last thing that you might have missed.

“As far as I know,” he said, “nobody has discovered it. While it’s a secret, I think the word “secret” has people hoping for too much, so for that I should apologize. It’s perhaps more of an ‘amusing nugget’?”

Killian says he knew it would take awhile to discover, but he’s “completely confident” someone eventually will. But even after issuing multiple threats, he’s still not talking.

“I miss the days when discovering everything about a game meant more than just reading a FAQ online,” he laments.

We’ll be posting a full and quick Q&A on all topics Capcom with Killian tomorrow. In the meantime, fire up Mega Man 9 and start looking. Don’t let Seth down.