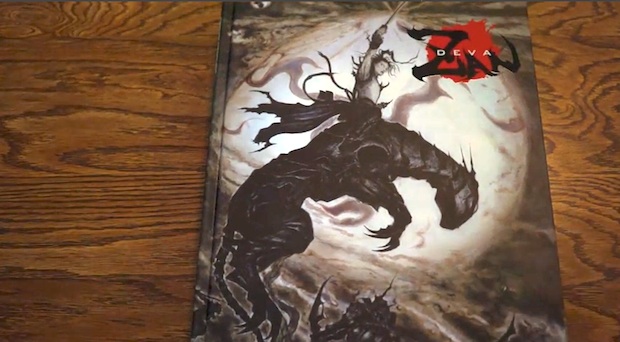 I’ve been looking forward to getting this book for a long time. When we featured The Sky: The Art of Final Fantasy some months back, we were told about the impending release of Deva Zan, Amano’s literary debut that not only features a lengthy story that delves into his world view, but is also littered with hundreds of illustrations created specifically for the story.

Since I now have it in-hand, I thought I’d take the opportunity to flip through some of the pages to give you a taste. The book is currently available from Dark Horse for $49.99.

Ready to give Amano’s literary debut a whirl? Is this not a brilliant way for him to bridge the gap for fans of his artwork?