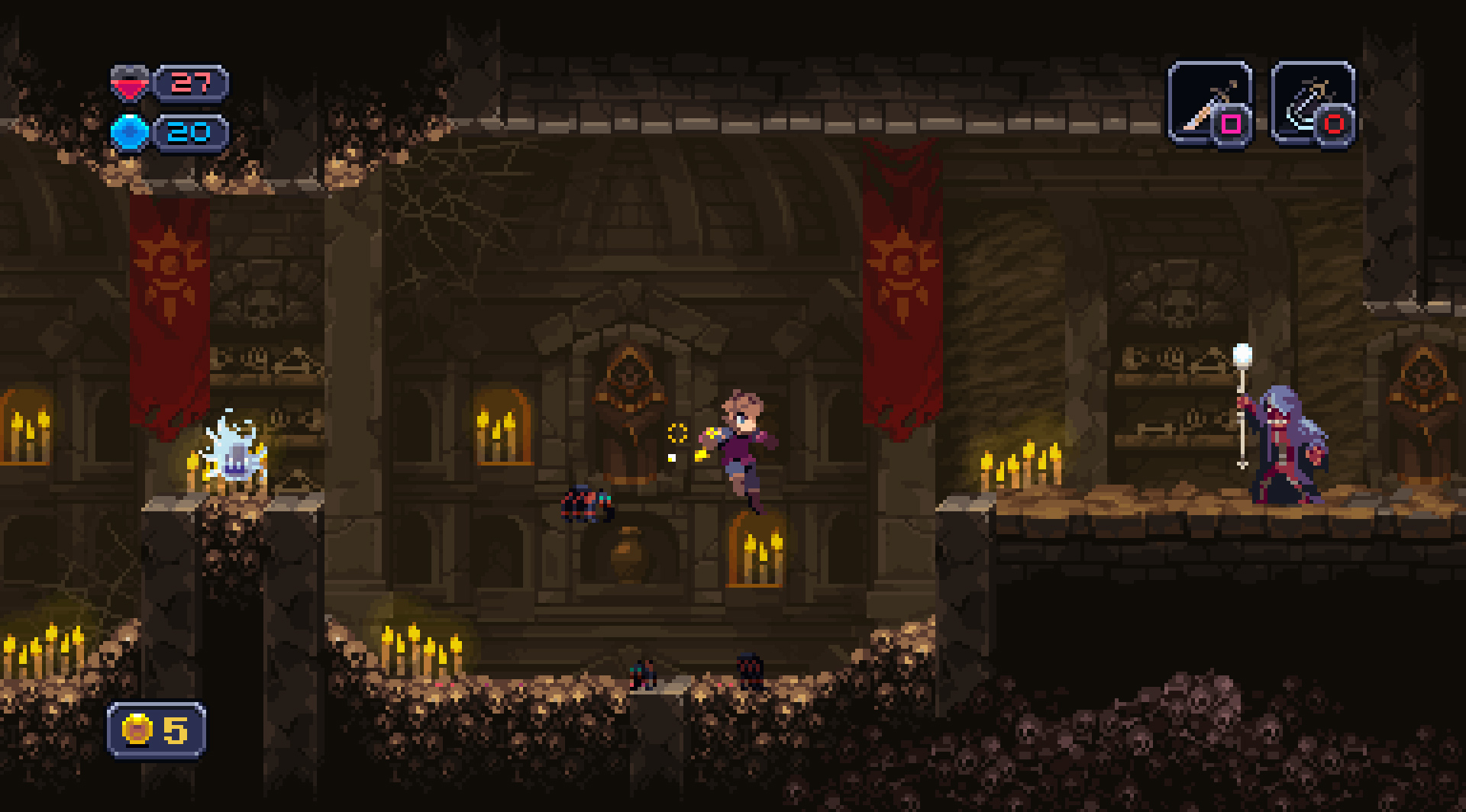 In recent months, I’ve lost track of Chasm. I was on-board with the action-platform game when it was first coming through Kickstarter but, wow, that was actually back in 2013. Making games, even simple ones, takes lots of time. Making metroidvania games that live up to sky-high expectations while also doing something new, something interesting? Well, that takes even longer.

I don’t know exactly when we’ll be able to go all the way through Chasm from beginning to end, but I am feeling confident that when we do, it will make a lot of us glum Castlevania fans happy — that’s my impression after a brief hands-on demo during PAX West, anyway. I need to play more!

My first order of business was to ask developer Bit Kid how the heck procedural generation (something that can elicit an eye-roll in 2016) is able to fit with the metroidvania format and be any good. 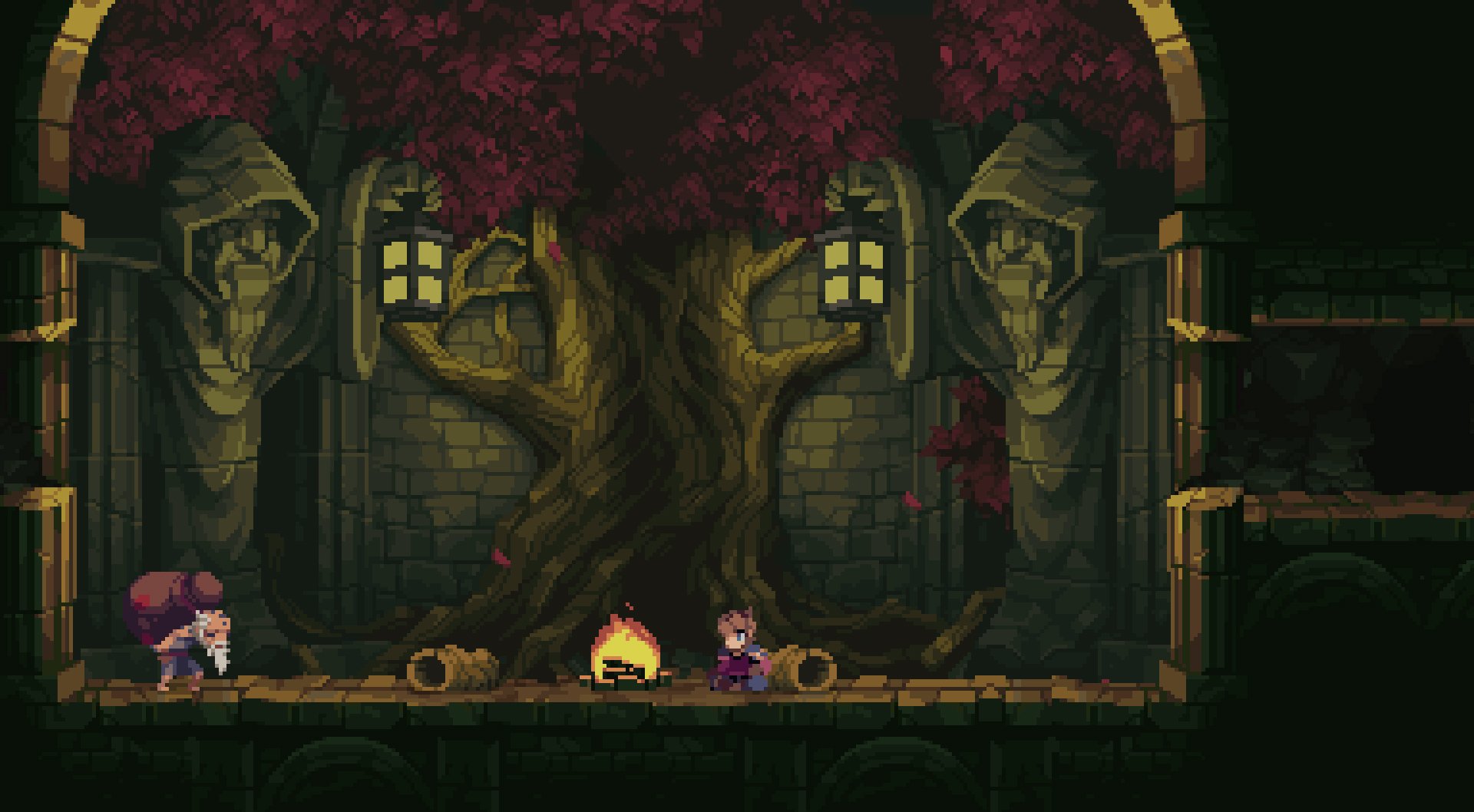 The closest comparison point for how the procedural generation feels in Chasm, I was told, is actually Diablo, not something more surface-level-similar like Rogue Legacy. The idea was to evoke a Castlevania: Symphony of the Night adventure that can’t be so easily memorized in successive playthroughs. The game’s world map layout uses an algorithm to interlock hand-designed rooms (that’s key!) in different ways, but you’ll experience the same story, bosses, and power-ups every time.

From the short demo build I played, I didn’t inherently get a sense that there even was anything like that happening behind the scenes. I had to double check — some areas were in fact procedural, but others weren’t at all — and was then shown an example in action. A PAX attendee playing on a nearby screen was fending off a type of skeletal foe I never went up against. I’m sure that over time, patterns will emerge and it’ll become much easier to recognize some of these inner workings, but for this first glimpse, the lines between “generated” and “hand-made” felt blurred.

My plucky adventurer had access to a power slide move and, later, earned the ability to grab onto ledges. Basic starter stuff, in other words. I’m curious what other upgrades might enter the picture and how they can lead to more puzzle-like world navigation; the best games in this genre give off a real steady sense of progression with enhancements to the point where, by the end of the journey, working your way around (maybe even straight through) once-tough obstacles is no longer work.

Most of what I saw was a promising hint of things to come for the full game and its Symphony-style equipment and stats menu. I gained a bit of defense by seeking out an optional area for sturdier armor, and later found a replacement for my throwable dagger that was a close cousin to Castlevania‘s blessed holy water. Thankfully, I saved up a bunch of mana for the mini-boss (a sort of apparition that spawned rotating fireballs), and made short work of him from afar with the molotov. Embarrassment avoided.

From the sound of it, the development team has the core content more or less locked in, and now it’s a matter of revising and polishing. It has been a long wait, especially for followers who were around for the Kickstarter campaign, but I’m okay with that. The concept behind Chasm is one I want to see done well. From what I’ve played, it’s on the right path. I just need to remain patient.