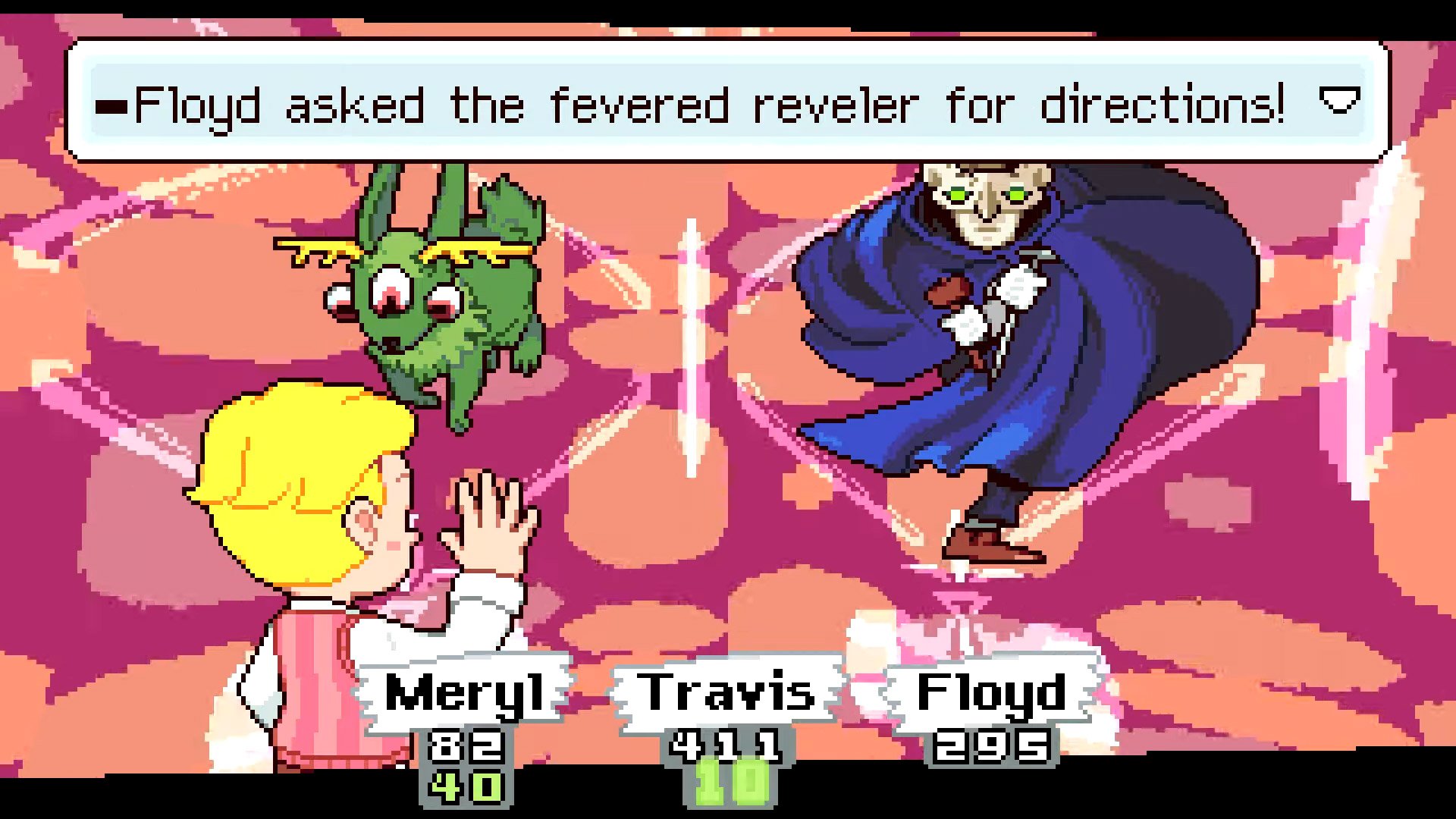 Travis, Floyd, Meryl, and Leo – the gang’s all here

Mother 4 is no longer Mother 4. The project has adopted a new name – it’s going by Oddity now – and it has severed its fan-game ties. While it might not be an on-brand sequel to Mother 3 as previously planned, Oddity is still a game made by people who cherish anything and everything Itoi.

We’re kicking off the new year in style with a re-reveal teaser trailer.

As someone who toyed with the idea of replaying EarthBound over the holiday break and didn’t but is now very much second-guessing that decision, I’m all about these seedy small-town-America vibes. It’s been five whole years since I last thought about Mother 4, but I’m no less excited in 2020.

As it now stands, Oddity is a “surreal quest full of oddball characters and serious challenge with lots of heart.” It’s set in the 1970s – an underused decade in video game storytelling that’s especially ripe in this context – and it stars a boy, his two pals, and a biker. Animals aren’t themselves. Kidnappings are on the rise. A secret society, the Modern Men, is up to no good. It’s dire out there.

Travis Fields wields a baseball bat, a pellet gun, and powers “he’s only now discovering,” all of which should be music to any Mother fan’s ears. I’m also stoked about the return of rhythm-based combat.

Full resolution thumbnail art! Thanks to @waholarts – She’s been helping bring to life the vintage cartoon aesthetic that’s been guiding us in a big way. pic.twitter.com/DWeX8l7opG

Before you even ask, no, Oddity isn’t coming out soon.

“It’ll be out when it’s ready,” according to the creators. “Relax til then.”

The old subreddit, r/Mother4, is still up for posterity, but the game’s community is rallying around a new home, r/OddityRPG. The original Mother 4 website is a real trip down memory lane.

I never, ever expected to start 2020 with this news. I hope production wraps up smoothly.