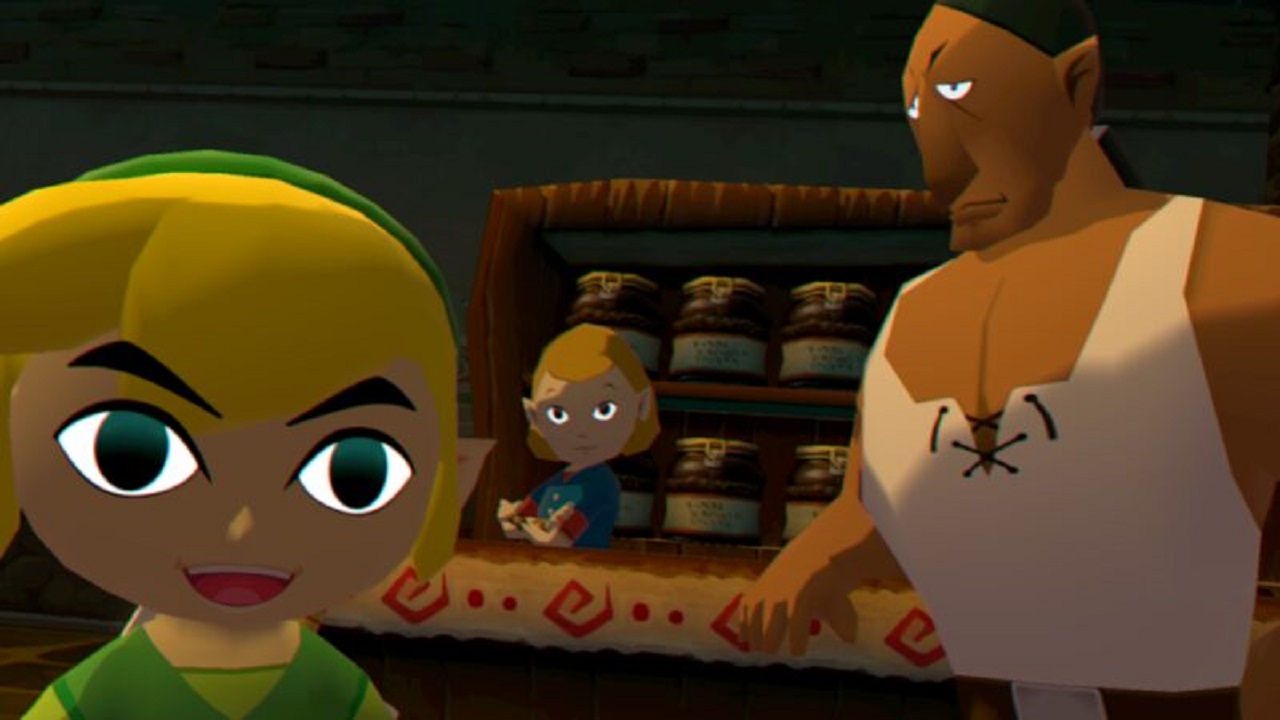 The Legend of Zelda: the Wind Waker HD‘s world is an expanse of cerulean seas and windswept islands populated by goofy pirates and talking boats. It’s whimsical and inviting in a way that makes the game feel like art in motion. Its sights are the kinds of places that you want to share with others.

Fortunately, one of the items in Wind Waker HD lets players do just that. It’s called the Tingle Bottle, and using it effectively turns anyone connected to the internet into a modern day Sting. In-game pictures and short messages can be stuffed into a single Tingle Bottle and thrown into the ocean for anyone to find.

Since last week I’ve been infatuated with finding and reading Tingle Bottles. As far as I’m concerned, collecting every bottle in my path is more important than sailing around on a hunt for the Triforce. Tingle Bottles turn Wind Waker into a semi-voyeuristic journey full of bizarre messages and silly pictures.

Below is a collection of the best, weirdest, and most interesting Tingle Bottles that I’ve come across. Each one has been recreated in all of its grammatically incorrect glory for your reading pleasure.

This message from Zio was the first Tingle Bottle that I found. I don’t know what the “completion quest” he is talking about could be, mainly because I’m way more interested in figuring out how someone could possibly butt dial a written message.

Red Chaos’ message and the accompanying picture are pretty brutal. The combination of the confessional-style message and sad selfie makes for a one, two punch right to the gut. I hope Red Chaos was able to save Aryll.

The simplicity of Jeff’s message makes me think that he is a man who values blunt and direct conversations. The spelling error to word ratio makes me wonder what his text messages look like.

This Bottle from Brianna is high up on my personal favorite list. The raw enthusiasm exhibited by Link is second only to the clutch use of an exclamation mark in the actual message. It oozes excitement, hostage situation or not.

Jeff strikes again. This time, he chooses to include at close-up shot of the King of Red Lions. Red is a sentient, talking boat who always looks pissed. I don’t think the picture is all that grete, but the fact that Jeff doubled down on Tingle Bottles and typos is legendary. Kudos to you, Jeff.

I don’t know who she is either, but I didn’t want to stick around and find out. Drooping eyes and pig noses aren’t my thing, but who am I to step in the way of true love? I hope you find her, Jacquie.

I’m envious of Ray2D2 because his version of Wind Waker has spicy chicken sandwiches in it. Mine most certainly does not, and that isn’t fair. His request is so simple, yet so difficult to comprehend. Does Ray2D2 have a real-life friend out there he’s trying to communicate with? Is he really that hungry? How long will he wait at the Earth Temple with his tummy rumbling?

Ray2D2, if you’re out there, holler at me. We have the same name and both like chicken sandwiches. I bet we’d get along great.

Aydan’s message carries itself with urgency. For good reason, too. The chin that Aydan documented is so angular that it’s worthy of the seven exclamation points. When I picked up this Tingle Bottle, I stared at the picture for a few minutes. The angle of the chin is identical to the smirk. This struck me as profound.

Scott’s message stings because it makes me think of Ray2D2 and unrequited friendship. Link and his friend look so stoked in this picture. I do wonder about the dancing man’s choice of facial gear. Could it be a simple nasal strip? Or is there trouble in Scott’s paradise? I know a few people who have had their nose broken by a friend. Hopefully Scott’s Link and the dancing man didn’t get into a scuffle before this picture was taken.

On my second day with Wind Waker HD, I came across another message from Zio! I was elated to hear from him again, especially since this must have been the aforementioned butt dial.

Salsabim pulls absolutely no punches. This Tingle Bottle is perfect in so many ways. Confounding grammatical issues, a perplexing question, and a seemingly innocuous investigation of a fictional character’s sexuality are emblematic of the entire Miiverse experience.

As silly as it is, Salsabim’s message speaks to a kind of childlike whimsy. The question is so simple, yet so complex that it could only come from a kid who didn’t have anyone to ask. I like to think of Salsabim as a youngster who turned to Tingle Bottles as a means of asking the one question that his parents could never answer. That, or he’s a forty-year-old man who wants desperately needs to know if a Nintendo game has a gay character in it.

After two full days of collecting Tingle Bottles, I figured that it was time for me to try my own hand at one. I wanted to send a message that would intrigue and excite whoever found it.

My message was simple. With the above image, I wrote:

Day 2. I fear that the statues are alive. They wiggle and hum and seem to urge me ever onward. Please help.

No one has responded. Sailing the open ocean can be lonesome.