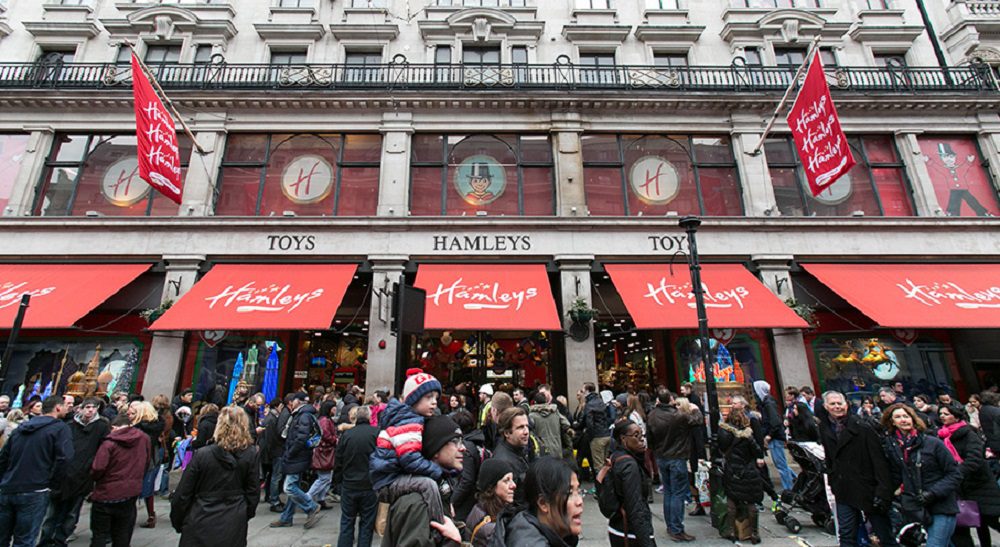 It’s no Duncan’s Toy Chest, to be quite honest

“We are delighted to unveil this exciting new development in our Regent Street store, where we will deliver the very best range of products and the first-class expertise and service our customers have come to expect,” said Hamleys CEO Sumeet Yadav of the new installation. “This is a natural fit for Hamleys and in time, we would like to see gaming roll out across our wider global retail estate.”

The “oldest and largest toy shop in the world,” Hamleys was originally established in 1760 as “Noah’s Ark,” then owned and operated by William Hamley. Over the centuries, the brand has passed hands multiple times, operating through a gamut of highs and lows to become the iconic brand that it is today. Hamleys is currently owned by Indian holding company Reliance Retail, which purchased the company in 2019. Alongside its flagship Regent Street store, Hamleys has stores across London, Europe, and the wider world.

None of this, however, is as notable as my memory of spending an entire weekend in its (now-defunct) basement arcade back in 1996, where I spent the whole day smashing coins into Last Bronx, Lethal Enforcers, Mortal Kombat 3, and a full-size, 50-inch American Laser Games cabinet (which at the time had Crime Patrol installed). Honestly, I think Hamleys could make a name for itself by rebuilding the arcade and filling it with original cabinets — a museum piece of sorts — but maybe that’s just doe-eyed nostalgia talking.