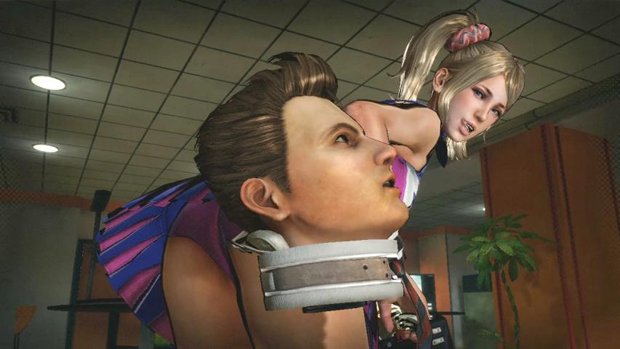 Another fun video promoting Lollipop Chainsaw has been released. This go-around, we’re given a little bit of history on Nick Carlyle, Juliet’s boyfriend, who isn’t quite the man he used to be. So far, I like the character because he’s presented as a straight man, something you don’t often see from a decapitated head.

Lots of zombie carnage in the clips and some other interesting gameplay bits as well. At one point, Juliet sticks Nick on a headless zombie. Nick takes control of it and then uses the body to help lift Juliet up to an inaccessible area. So, it would appear he’s useful for more than comic relief. Neato.