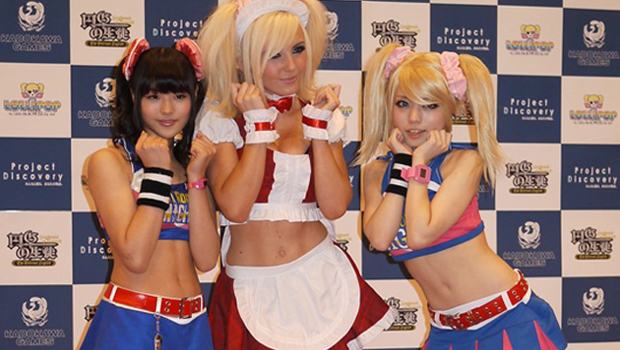 This past weekend, Grasshopper Manufacture and Kadokawa games held a “Lollipop Chainsaw Summer Appreciation Event” in Japan. It’s awesome that GhM and Kadokawa appreciate their game, but what did consumers think of it?

Well, word is that the game has shipped more than any other GhM title to date — over 700,000 copies. My understanding is that No More Heroes was the studio’s prior best seller, which cleared over 500,000 units (not including the U.S. repacking that included Red Steel, and Xbox 360 and PS3 remakes). Suda’s prior PS3/360 title, Shadows of the Damned, didn’t even come close, with unconfirmed numbers putting the game at around 100K shipped worldwide.

So why did the game sell better than GhM’s prior games? Is it just that much better? Was it all the marketing craziness, the rapid price drop, and Hollywood talent attached to the title? Or do people just love the idea of a cheerleader killing zombies with a chainsaw?

I really wish that Shadows of the Damned and No More Heroes 1 & 2 would have been blessed with similar marketing support, budget price, and famous faces. I wonder if they would have sold as well? As much as I enjoyed Lollipop Chainsaw, I got more out of Shadows of the Damned and the No More Heroes overall. Maybe I’ll have a “summer appreciation event” for all four games at my house right now!