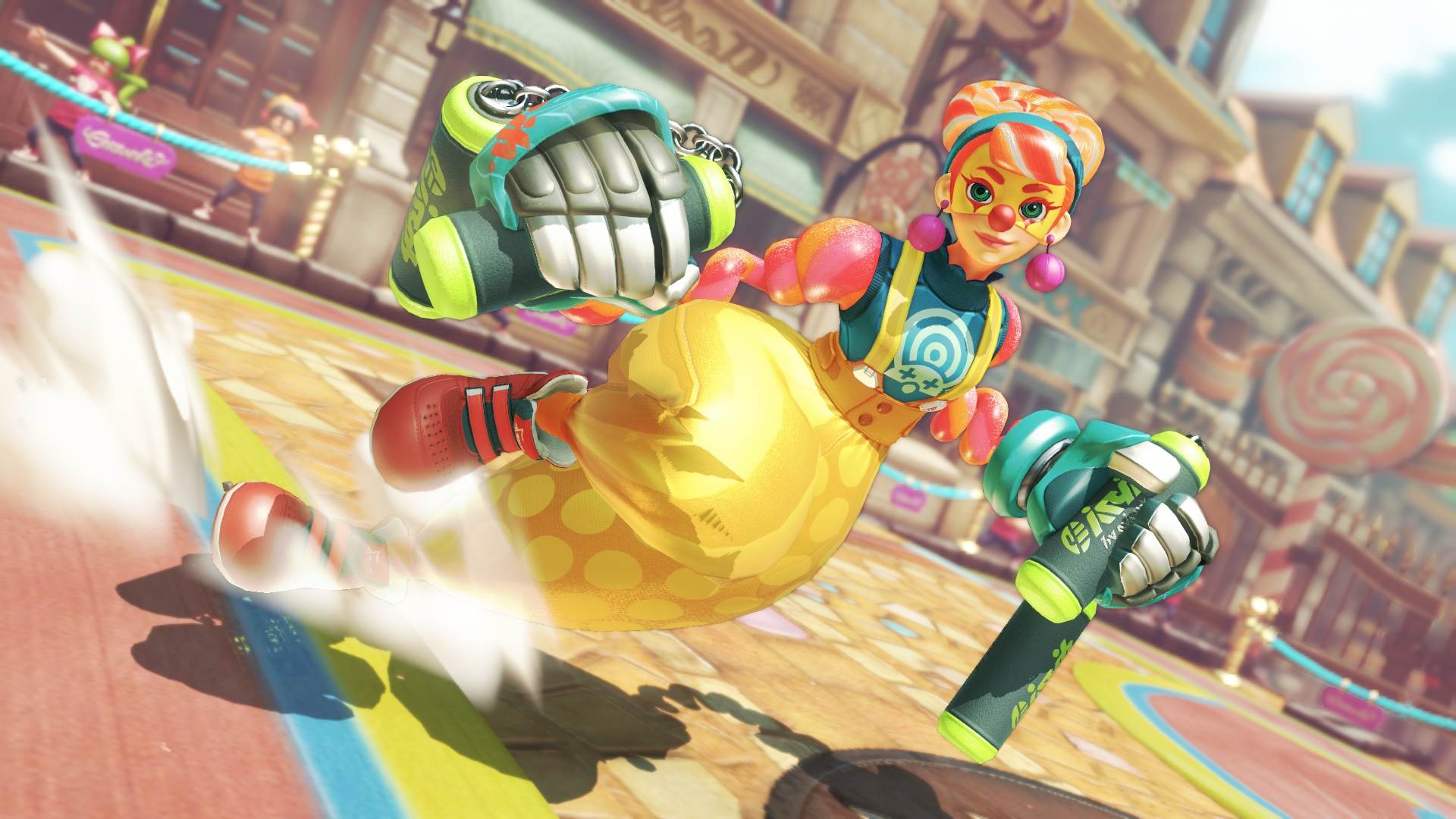 Nintendo is at Gamescom this weekend and they’ve brought along ARMS with them. Since a new character, Lola Pop, was recently revealed, Gamescom is the perfect venue to show-off some of her moves and give players a run down of the match-ups that will be coming to the quirky fighting game.

As you can see in the video below, Lola seems to be more about defense and zoning than the typical ARMS fighter. She also has this weird inflation ability that basically doubles her defense, making her a mobile tank. I’m pretty sure she’s going to end up being on my shit list online.

I tend to shy away from heavy characters in fighting games, so Lola is looking right up my alley. That mixture of defense and speed sounds really devastating in the right hands. I’m not sure if she’ll replace Ninjara as my preferred choice, but I can definitely get behind oft-kilter characters versus someone plain. Hopefully we get a release date soon, because I’m really looking forward to trying her out.

Nintendo at Gamescom 2017 – ARMS footage with Lola Pop [Nintendo Everything]