I am not a huge sports fan.

Sure, I will watch the occasional college basketball game (GO TARHEELS!), and will never pass up a trip to Dodgers Stadium (GO DELICIOUS HOT DOGS!), but I will definitely be tuning into the Puppy Bowl this weekend rather than the Super Bowl. Sports are just not my thing.

But I used to love sports videogames. Love ’em! Just looking at my collection of older games, I own (and used to religiously play) Bases Loaded, Double Dribble, Tecmo Bowl, Baseball Stars, Ice Hockey, NBA Jam, and RBI Baseball, to name a few. Despite my lack of interest in actual sports — and complete lack of athletic prowess — I used to adore sports games.

In college, I used to play sports games all the time. In between marathon sessions of Mario Kart 64, I would play games like International Superstar Soccer 64 and Madden NFL ’95 for hours on end. It was great.

But after college, during the birth of the PlayStation 2/GameCube era, something changed.

In fact, I think I can pinpoint the exact moment I started losing interest in sports videogames.

I was visiting my cousin’s house and his eight-year-old son wanted to play me in one of the MLB games. He knew I loved videogames and was excited to play someone who would actually give him a challenge. Sounds great, I thought! I had never played an MLB game before, but I was awesome at baseball games and knew I could pick it up quickly.

Being a competitive person, I immediately had to decide: Am I going to destroy this sweet, innocent kid in his own game, or will I take it easy on him?

I didn’t even think twice.

I chose to destroy him. 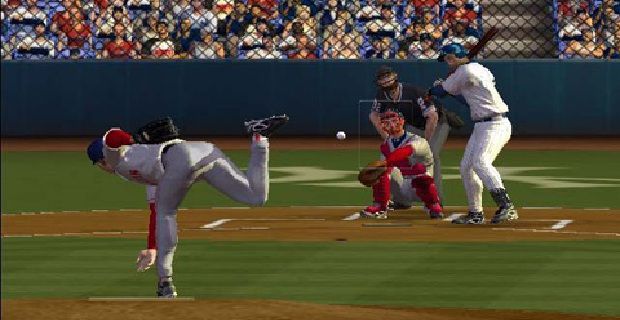 After he booted up the game on his PlayStation 2, we jumped right in. Immediately, I realized something was odd. I was having trouble even playing the darn game. I couldn’t hit anything for the life of me. My outfield skills were a joke. Instead of throwing to second, I would randomly toss the ball to third.

I’m just a little rusty. No worries, I thought to myself.

And before you give me a charitable “Aw, at least you scored one run!”, let me offer full disclosure: At one point, my eight-year-old cousin grabbed the controller from me just to see if it was working.

He hit a home run.

Ever since that day, I just haven’t liked sports games. Of course, it is easy to think I was so ashamed to lose so badly to a little kid that my competitive side refused to go back to a genre that so humiliated me in the past.

But I’m not that stubborn.

For me, that humbling moment with my cousin was the first time I never really had fun playing a sports game. Outside of the fact that there was something extra-challenging about the interface and controls (seriously, I remember when I only had to hit one button to pitch), I just wasn’t a fan of how realistic and unbelievably stat-heavy everything was.

For some people, this is probably really cool — seeing famous stadiums and even more famous players so beautifully recreated in a videogame. But since I was never a sports fan, I think I loved the fact that the sports games I used to play felt more like videogames than virtual recreations of the very thing I am terrible at in real life.

And there lies my disconnect.

That moment at my little cousin’s house was the moment I knew I would never be into sports games again like I used to be.

At first I thought my newfound distaste for sports games came from the subject matter itself. I have never loved sports, so maybe I just didn’t care for anything that had do with them.

I don’t think that was the case.

When I was younger, I didn’t like sports that much either, yet I played every sports game on the market. I loved videogames so much that as long as they were fun, I would play anything! And that included sports games.

And that is okay! I respect the people who play and love sports games, and, honestly, may be a little jealous of how good they are at them. I just never expected a genre I once loved and embraced would one day feel so foreign and unappealing. 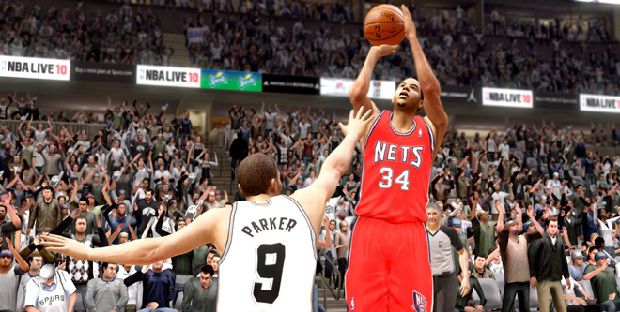 Over the years, I have tried to get back into sports games. Once in a while I will pick up a recent Madden or try out the NHL games that I hear everyone is in love with.

But it’s not the same. I don’t enjoy playing them like I used to.

I also tried to get into some of the more “arcade-style” offerings like The Bigs, NFL Blitz, or even something like Backbreaker: Vengeance. But even those I can’t connect with. It is to the point where I won’t even give a sports game a chance unless Princess Peach and/or a Piranha Plant is on the box.

Maybe sports games were never for me. Maybe my love of them as a child was just a fluke. Maybe it was never the sports part of the sports games I loved, but the competitive aspects of the game itself.

Or maybe it is just because I got demolished by an eight-year-old.