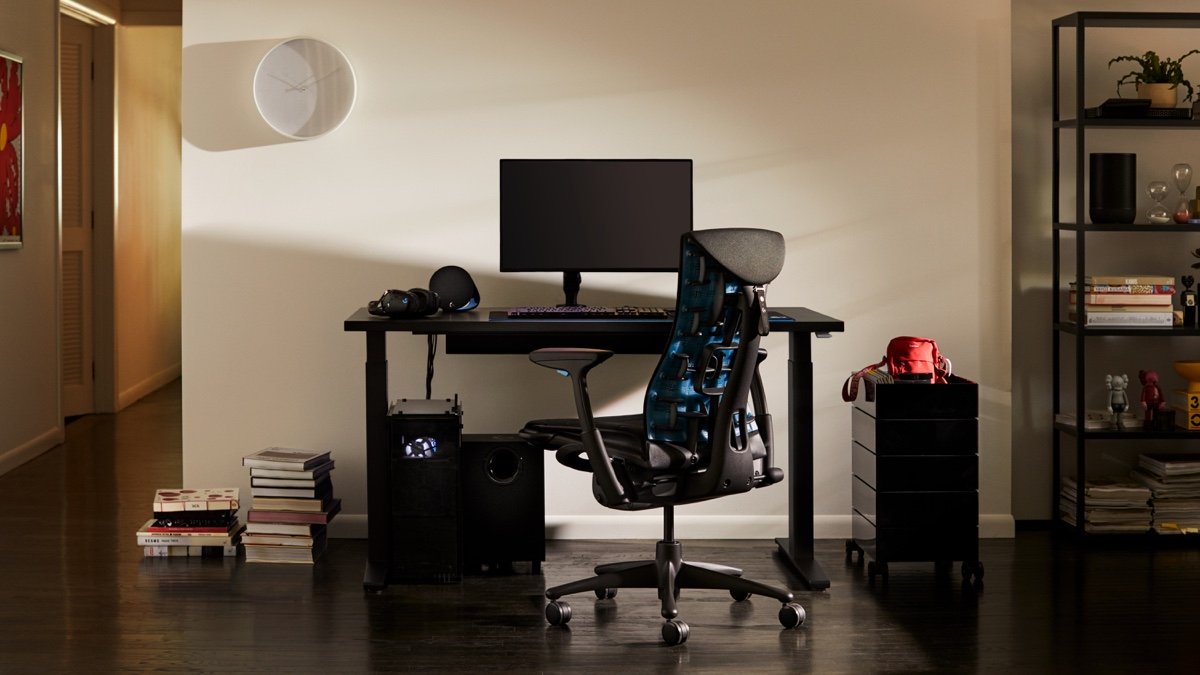 Embody once told me the world is gonna roll me

Can you put a price on good spinal health? It’s the support rod for your whole body. Trust me when I say this, younger readers: You do not appreciate a healthy functioning back until yours gets a little fucked up just once.

Anyway, you can put a price on good spinal health, but most of you aren’t going to be willing to pay it.

You get what you pay for, and Herman Miller has the reputation of being one of the very best chair-makers. The chair’s landing page has a bunch of scientific claims about the way it conforms to your back, promotes a balanced posture, and helps evenly distribute pressure from your weight. Still, I have a $400 Secretlab chair that I’m very happy with; it’s tough to imagine another chair justifying a price tag that’s nearly four times as much — although, the Herman Miller is much more my aesthetic.

For anyone who’s familiar with Herman Miller’s usual lineup, the Logitech collaboration is a close relative of the standard Embody chair. It seems that the gaming version comes with an added layer of seat foam “to support your more active posture,” and copper-infused cooling foam to keep you from getting sweaty. That’s right, this gaming chair comes with a heatsink.

I have no more things to say about the expensive chair, but I’d like to leave you with this behind-the-scenes look: I told Jordan I was writing about the chair and he replied “Logitech x Herman Munster” and then sent a Wikipedia link to Herman Munster. I can’t get over the audacity to think I wouldn’t know The Munsters. Real monsters I work with.