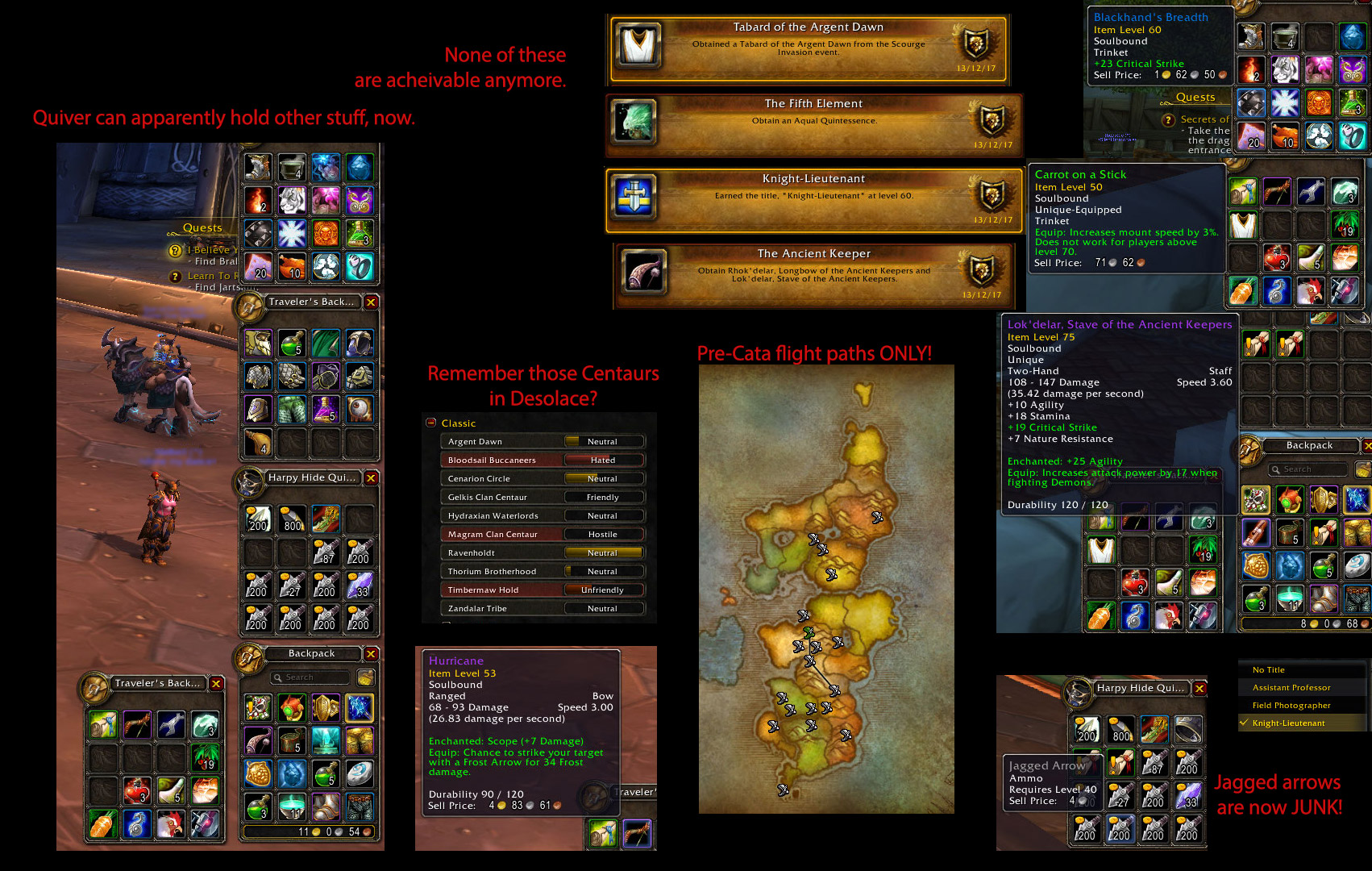 Classic Vanilla WoW is going to be a crazy experience

Although the World of Warcraft Classic servers on the way (they don’t even have a window yet, but the project is confirmed), right now, Vanilla is officially (read: private servers exist but aren’t supported by Blizzard) dead and buried. Unless, you’re someone who hasn’t logged on for 10 years.

This amazing post over on Reddit by ShutterBun brought back some memories, as they took a few screens of their character that had laid dormant for a decade after recently logging in. For those of you who never played they break down some of the highlights nicely, showing off dead achievements, pre-expansion flight paths, old reputation groups, valuable items that are now junk, and a few coveted pieces of loot.

Vanilla WoW is going to be a wakeup call for some people who had rose-tinted memories of it, but I can’t wait to dive in and re-experience this moment in time.