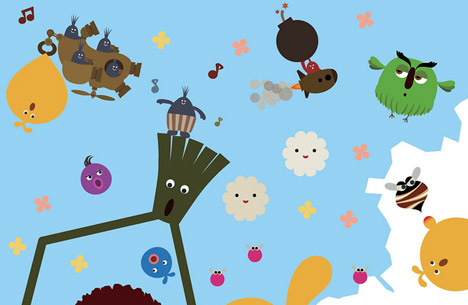 Following in the footsteps of Patapon, LocoRoco 2 will carry an MSRP of $19.99 when the game hits retail on February 10. This is good news for pretty much everyone, including Loco Roco fans and cheap asses.

Sony has also announced that pre-ordering the game at GameStop or Amazon will get you access to an early demo of the game. Pre-order customers will get a voucher code that can be redeemed on the PlayStation Network for the demo, which will be released a few weeks before the game hits shelves. If you don’t have an Internet connection, you’re screwed, of course. (And how are you reading this?)

LocoRoco 2 is technically the third game in the series, following up last year’s interactive screensaver game thing on PlayStation Network, LocoRoco Cocoreccho. We assume there will be more to do in LocoRoco 2, even if it is just $19.99.